A woman who worked as a cashier in the supermarket where one of the Charlie Hebdo gunmen was cornered said he had asked her if she wanted to die as she cowered on the floor, before shooting at her with one of his two Kalashnikovs.

Zarie Sibony, 28, was one of the two cashiers working at the Hyper Cacher supermarket in Porte de Vincennes, in Paris’ 12th arrondissement, where ISIS terrorist Amedy Coulibaly was cornered two days after the Charlie Hebdo terror attack.

She was giving testimony about the experience at a Paris court where she revealed how she was shot at by the gunmen during the Hyper Cacher kosher supermarket siege that resulted in five deaths and nine injured before hostages were freed after a four-hour ordeal.

During that time Coulibaly murdered four Jewish hostages, three of them on camera, and held 15 others before police stormed the store and killed him.

The young woman, who now lives in Israel, says she still has problems dealing with memories of the sound of the shots, the images of the bodies, the smell of gunpowder and clotted blood.

Ms Sibony told the court that she was shot at, but Amedy Coulibaly somehow missed.

She said: “I was sitting on the floor and he (Amedy Coulibaly) was there in front of me with his arms, two Kalashnikovs, one in each hand.”

Ms Sibony said she saw the bullet impact in her till and realised that she had almost died.

“I still don’t understand how he missed me when I was in front of him,” she said.

Believing that Coulibaly was a robber, Sibony said she offered the gunman money to which she said he replied: “You think I’m doing this for money? The Kouachi brothers and I are part of the same group. You Jews, you like life too much when what’s important is death.

“I’m here to die. You are Jews and French, the two things I hate the most.”

She said that of all the hostages, she was the one the terrorist would order around the most.

He made her fetch hostages that were hiding in the basement, call the police and pull down the shop shutters.

Unfortunately, she was unable to stop a customer from entering the shop, Francois-Michel Saada, 64, who was then shot dead by the jihadist.

Sibony said she was incredibly lucky: “I didn’t get a single scratch in four hours, and others were gone in seconds. I was sure I would die.

“The blasts, the waiting, the ‘head in the hand’. Then a hostage said, ‘It’s all right, it’s over.’ Coulibaly was neutralised. I couldn’t believe we were alive.”

He said: “She found herself confronted with four people who at some point [she knew] would die in front of her.”

Coulibaly was later confirmed to be the gunman in a shooting in Montrouge the previous day in which he killed a Municipal Police officer, Clarissa Jean-Philippe.

The victims were posthumously awarded the Legion of Honour by the French Republic.

The trial of the 2015 terror attacks in Paris is ongoing. Family members of the four victims of the Hyper Cacher store have now also spoken before the court, speaking about the horrific event. Fourteen suspects are currently on trial. 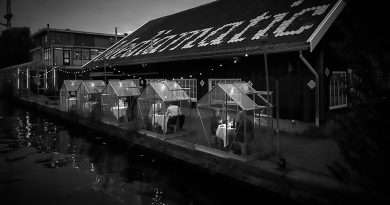 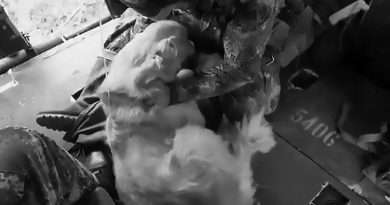 Troops Save Sniffer Dog In Coca Field After Snake Bite 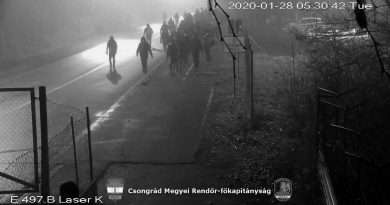