The man seen in this footage throwing red paint at a statue of Colbert in Paris before armed police officers brandishing assault rifles arrest him is set to face trial on 14th August according to Paris prosecutors.

According to French newspapers L’Express and BFMTV, the man, identified to Newsflash by a spokesperson for the collective behind the video as Franco Lollia, will face trial for “inscriptions, signs or drawings made on a facade, a public thoroughfare or street furniture.”

The footage shows a black man throwing red paint on a statue of 17th-Century ‘Black Code’ author Colbert outside the French parliament in Paris before he is detained by police officers brandishing assault rifles.

A spokesperson for the collective, who identified himself as Issa, told Newsflash they did it to create “a real debate” because their voices “are not being heard” and that black people around the world are currently the target of “a war”.

The incident took place in the heart of the French capital Paris, at the Assemblee Nationale (National Assembly, the lower house of France’s parliament).

The footage shows a black man throwing red paint on the statue of Colbert outside the Assemblee Nationale in Paris and being arrested by police. It was filmed and shared online by an organisation called the “Brigade Anti Negrophobie” (BAN).

Before throwing paint on the statue, the man does a graffiti saying “Negrophobie d’Etat” (‘State Negrophobia’) before standing back as the person filming shouts: “They’re coming! They’re coming!”

He then quickly throws a canister of red paint at the statue.

Then an armed police officer – technically a gendarme, a police force that is part of the army – emerges from behind the gated entrance to the building, pointing an assault rifle at the man and shouting: “On the ground!”

The man drops his bag and puts his hands up as a second armed police officer arrives on the scene.

A police officer says: “It is forbidden…”

But the activist retorts: “No, what’s forbidden is racism!”

As the discussion continues, the activist can be heard saying: “France is a negrophobic state.”

Eventually, the gendarmes manage to convince the activist to put his hands behind his back so they can handcuff him and take him into custody.

Speaking to Newsflash, Issa said: “We fight against racism and ‘negrophobia’.”

When asked why that statue was chosen, Issa said: “It could have been another statue too as there are plenty of statues of people who have carried out massacres and tortured black people, but Colbert is a particular symbol, he authored the Black Code, and it put into law that black men and women are movable property. It codified the dehumanisation of black people.”

He added that any potential positive sides of colonialism were greatly outweighed by the misdeeds carried out by the colonial powers.

Asked about the George Floyd incident and events in the United States, Issa said: “I think there are similarities between France and the USA. Both practised slavery and legislated the dehumanisation of black people and their deportation.”

He added that the goal of the Brigade Anti Negrophobie is to create a real debate because their “voices are not being heard politically”, adding that “the situation of black people in France, in Brazil, in the USA, is, if we are being honest, that we are the last on the list, we are colonised by everyone, we don’t have access to our own culture, we are really in a phase where we have to resist because there is a war going on against us.”

A minister of French King Louis XIV, Jean-Baptiste Colbert is considered to be the initiator of the ‘Black Code’, written in 1685 and which legislated on slavery in the French colonies.

The Brigade Anti Negrophobie is an activist collective that denounces “negrophobia” as “a (neo) colonial weapon of mass destruction that does not admit its name!” 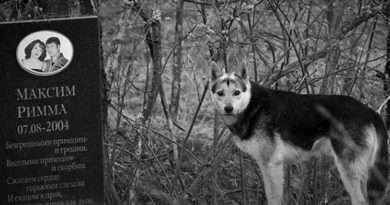 Loyal Dog Has Lived By Owners Grave Since 2004 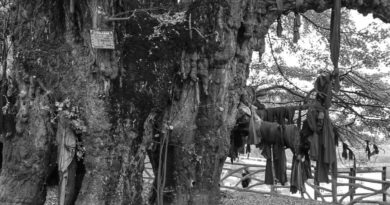 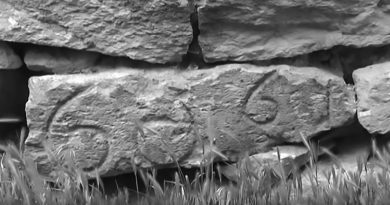