This footage shows how an organised gang slam on their brakes in front of a posh car to block the road for a robbery that locals say happens at the same time and same place every day, but where police do nothing as the area is regarded as far too dangerous.

In the footage the armed thief doesn’t even bother to run away from people coming in pursuit, instead he just points his gun at then in order to make them keep their distance so he can make good his escape.

CCTV footage shows a white car coming to a halt in the middle of the road in the Mexican capital of Mexico City forcing the black car behind to also brake.

A man on foot then runs up to the black car, smashes the driver’s side window with a rock and then holds up the man behind the wheel at gunpoint as passers-by flee in fright.

After the robber escapes with the motorist’s valuables, the white car blocking the road moves off and the victim in the black car also drives away from the scene.

Local residents in the Santa Fe district of Mexico City says the same robbery happens at the same time in the same street every day.

But they say their complaints to police have fallen on deaf ears because cops regard the area as a dangerous no-go zone.

Netizen ‘Santa Fe CDMX’ said: “Many times this has been reported to the authorities and they still do nothing”, while ‘alex’ added: “The police consider it a high risk area and they do not go down there.”

Santa Fe is one of the main business districts of Mexico City but also includes a large residential area which suffers from inadequate basic infrastructure such as drinking water, sewage and electricity. 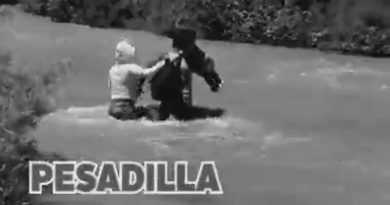 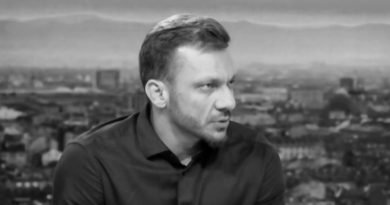 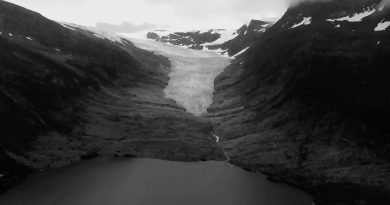 Arctic Glacier To be Turned Into Ice Cubes For VIPs