The Asian tiger mosquitoes that have made headlines in Spain and around the world are moving north across France towards the UK.

According to French media, the tiger mosquitoes, which first appeared in France in the south-eastern city of Nice in 2004, have moved north over the years, sweeping across the country towards the UK and even reaching Paris in 2018.

Now new areas of the country are under threat from the Asian tiger mosquito, that can carry viruses such as dengue, chikungunya, and Zika. Over half of France is now in the red danger zone, which represents areas where the mosquito is “implanted” and “active”.

It has now been revealed that 58 French departments are at risk, compared to just 51 last year.

These two maps show the spread of the virus-carrying mosquito (Aedes albopictus) in just the last few years, with the first map, by French organisation Vigilance Moustique, showing the current extent of the mosquito’s spread in France.

The second map, by the French government agency, the Institut de Veille Sanitaire (Health Watch Institute), shows the spread of the mosquito from 2004 to 2014. Back then, it was limited to the south-eastern corner of France, and the French island of Corsica.

The news of the spread as seen on the current map where it is spreading north towards the UK is particularly worrying given the insects’ preference for urban environments.

The dangerous mosquito is easily recognisable thanks to its black and white stripes.

It is not currently known to carry the coronavirus. 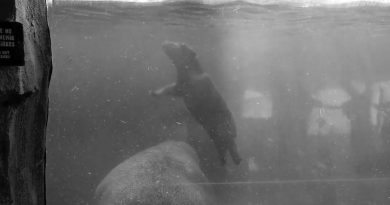 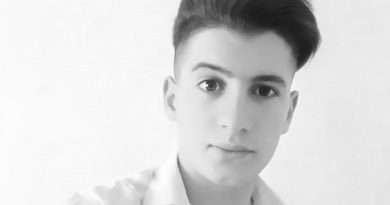