These are the latest images of three tiny Emperor Tamarins born at Vienna zoo during the pandemic.

The squirrel-sized New World monkeys were born at Schonbrunn Zoo in the Austrian capital Vienna on 1st December.

The three Emperor Tamarins (Saguinus imperator), which reach a height of 23 to 26 centimetres (9 to 10 inches) and weigh only approximately 500 grams (18 oz) as an adult, are native to the rainforests of South America.

The gestation period of the Emperor Tamarin is up to six months and the infants are born with their distinctive white moustache, which is said to have given them their name due to their resemblance to German emperor Wilhelm II.

According to a zoo press release, the last time an Emperor Tamarin was born there was five years ago.

This is also the first time that parents Tamaya and Purple have produced offspring.

The zoo said they are very pleased with the development of the infants, and their gender remains unknown until they develop further.

Videos show the little infants climbing in a tree and interacting with a zoo worker as well as being carried on their father’s back.

In the wild, male emperor tamarins are observed to spend the most time with infants and the dominant female looks for food.

Males have also been observed to be more protective and react quicker to the cries of their infants.

Similar behaviour has been observed at Vienna Zoo, where father Purple carries the infants on his back until they get hungry and call for their mother. 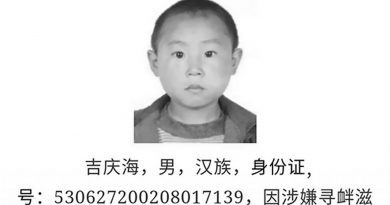 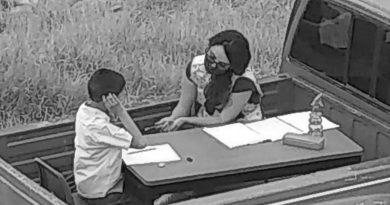 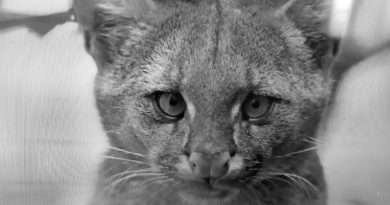 Teens Rescued Kitten Turns Out To Be Jaguarundi Wild Cat