A new study that involved scientists looking at poo from snakes in the Galapagos Islands has discovered that they are cannibals that eat each other when they are stressed or hungry.

The study was carried out by scientists at the New Zealand Massey University and the Galapagos National Park (PNG) and the results have been published in the academic journal The Herpetological Bulletin.

The study, which was co-authored by Danny Rueda, who is also the director of the PNG, shows that snakes living on Fernandina Island, which is located in the western part of the Galapagos archipelago and which is a province of Ecuador, found teeth and skin fragments in the faeces of the snakes that belonged to members of the same species.

The GNP said in a statement: “Richard Wollocombe, a co-author and nature documentarian, recorded and photographed the hunting behavior of the archipelago’s snakes, and witnessed several attempts at cannibalism.”

The scientists managed to observe at least three instances of cannibalism taking place among members of the Galapagos Racer Snake (Pseudalsophis occidentalis) species, which is the largest snake found in the islands.

The statement also said: “Among eleven of the excreta or faeces samples, they found teeth and skin fragments that confirm the behavior of cannibalism among the western Galapagos snakes.”

As part of the study, the scientists captured 93 snakes and 61 faeces samples before analysing them.

The head of the study, Luis Ortiz-Catedral, said that in just one sample, they found 31 teeth and skin remains belonging to a snake from the same species.

He told Newsflash in an exclusive interview: “Our study highlights the generalist feeding behaviour of Galapagos terrestrial snakes. In a place like Galapagos, it pays to be a generalist as prey numbers can fluctuate dramatically between years. We are only beginning to understand the trophic relationships of these snakes which will help us conserve them in the long term.”

The scientists concluded that the reason why the snakes are exhibiting cannibalistic tendencies could be due to a state of stress that instinctively stops them from dying of starvation. But they also said that these occurrences could be random.

The study, which is part of a bigger investigation programming to all of the snakes that live in the Galapagos Islands, totalling nine species, began in 2018, with the scientists only publishing their results now.

The Galapagos Islands, which include 13 large islands, six smaller islands and 42 islets, were declared a world Heritage site in 1978 and are home to numerous, often endemic species.

It was after observing the species living on these islands that the famous British scientist Charles Darwin came up with his theories on evolution. 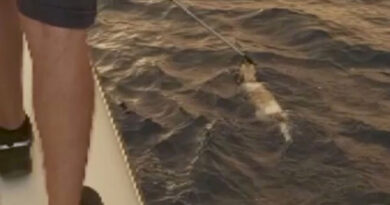 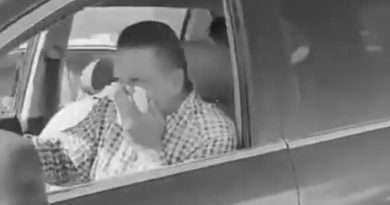 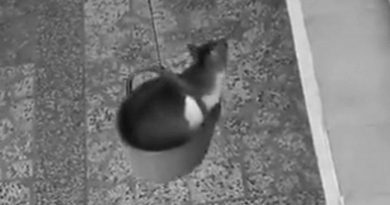