These haunting before-and-after photos of a Russian soldier show how he was completely changed by his experiences in a Nazi concentration camp and the four years he spent fighting on the Eastern Front in World War II.

The young man in the photo was an aspiring artist, but the horrors of the war, known in Russia as the ‘Great Patriotic War’, got in the way of his dream.

Evgeny Stepanovich Kobytev was born in the village of Altai in today’s Altai Republic in Russia on 25th December 1910.

After graduating from a pedagogical school, he taught at a rural school near the city of Krasnoyarsk.

Evgeny’s true passion in life was art: he specifically enjoyed drawing portraits and landscapes from everyday life, and at the age of 26, he was enrolled at the Kyiv State Art Institute.

He graduated with honours from the institute in 1941 and was looking forward to starting his career in the arts, reported Life yesterday, 24th November.

The young man’s future dreams and hopes were dashed on 22nd June 1941, when he and millions of his compatriots volunteered to fight in the Great Patriotic War, otherwise known as the Eastern Front of World War II, against Nazi Germany.

The first picture of Evgeny shows him before leaving for the front; he has a stern expression but looks young, with a calm look in his dark eyes.

During the war, he served as a private in an artillery regiment, but after just a few months after being wounded in the leg in his first battle at Pripyat, he was captured in September 1941.

Evgeny was sent to the ‘Khorolskaya Yama’ (Khorolsky Pit) Nazi concentration camp, where he was kept in a cold desolate barrack with 60,000 other prisoners.

The camp was built on an old brick factory and the conditions were horrific, with cramped conditions and inhumane treatment from guards.

In 1943, Evgeny managed to escape from the camp and rejoined the Red Army the same year. He then fought in battles in Ukraine, Moldova, Poland and Germany.

At the end of the war in 1945, he was awarded the Order of the Red Star for military merit. The decoration was awarded to Soviet troops for a variety of reasons, including personal courage and bravery in battle and outstanding service.

The second picture of the hopeful artist turned military hero was captured just after he returned from the front.

His youthful looks appear to have been quickly wiped away by his experiences on the battlefield and in the Nazi camp: his skin has sagged and his beady eyes carry a ghostly expression – a powerful contrast compared to the photo taken just a few years prior.

Evgeny died in 1973 and left behind a large collection of his art, such as pictures, drawings, essays, and a huge mosaic on the facade of the Krasnoyarsk cinema. Much of his work is still kept in the Moscow fund of the Sergei Obraztsov Museum.

After the war, Evgeny wrote a story about his life, his time in the Nazi camp and the battles he fought alongside his Russian compatriots against Nazi Germany in a book titled ‘Khorolskaya Yama’. 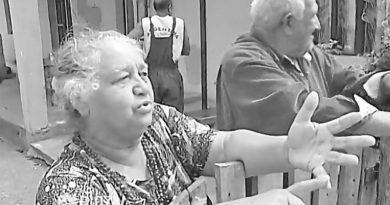 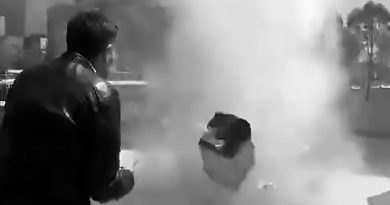 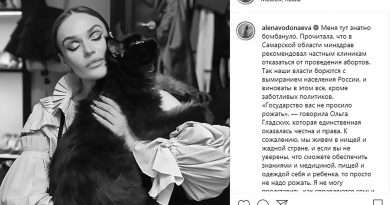