The German Aerospace Centre has developed two female dummies for the upcoming Artemis I space mission as NASA plans to send the first woman to the moon in the next two years.

Researchers at the German Aerospace Centre (DLR) in Cologne have developed two female dummies for the NASA Artemis I space flight later this year.

With the Artemis I mission, NASA will gather data on the dummies ahead of sending women to the moon for the first time on the third Artemis space flight. It will also be the first time a spaceship has been sent to the moon in almost 50 years.

Helga and Zohar, the names of the dummies, will be placed in a capsule and shot into space to measure the radiation exposure on a female body during the Artemis I flight, expected to last five or six weeks.

Helga and Zohar are known as anthropomorphic phantoms, objects modelled on the human upper body with similar tissue characteristics to a woman’s.

On the NASA Artemis I mission, the two phantoms will be used to determine the radiation risk on female astronauts as part of the DLR’s MARE experiment.

MARE project leader Dr Thomas Berger said: “Both dummies are made of materials that mimic the human bones, soft tissues and organs of an adult woman. Over 10,000 passive sensors and 34 active radiation detectors are integrated into the 38 discs that make up the dummies.”

NASA said in a statement on 21st September 2020: “Following a series of critical contract awards and hardware milestones, NASA has shared an update on its Artemis program, including the latest Phase 1 plans to land the first woman and the next man on the surface of the Moon in 2024.

“In the 18 months since NASA accepted a bold challenge to accelerate its exploration plans by more than four years and establish sustainable exploration by the end of the decade, the agency has continued to gain momentum toward sending humans to the Moon again for the first time since the last Apollo lunar mission in 1972.

“Following a successful hot fire test, the core stage will be shipped to the agency’s Kennedy Space Center in Florida for integration with the spacecraft. NASA will launch an SLS and an Orion together on two flight tests around the Moon to check performance, life support, and communication capabilities. The first mission – known as Artemis I – is on track for 2021[now August 2022] without astronauts, and Artemis II will fly with crew in 2023.

“In 2024, Artemis III will be humanity’s return to the surface of the Moon – landing the first astronauts on the lunar South Pole. After launching on SLS, astronauts will travel about 240,000 miles to lunar orbit aboard Orion, at which point they will directly board one of the new commercial human landing systems, or dock to the Gateway to inspect it and gather supplies before boarding the landing system for their expedition to the surface.

“Wearing modern spacesuits that allow for greater flexibility and movement than those of their Apollo predecessors, astronauts will collect samples and conduct a range of science experiments over the course of nearly seven days. Using the lander, they will return to lunar orbit before ultimately heading home to Earth aboard Orion.”

NASA added: “Throughout the Artemis program, robots and humans will search for, and potentially extract, resources such as water that can be converted into other usable resources, including oxygen and fuel. By fine-tuning precision landing technologies as well as developing new mobility capabilities, astronauts will travel farther distances and explore new regions of the Moon.” 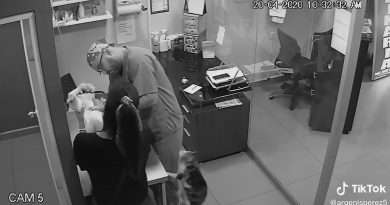 Cat Attacks Vet To Defend Dog That Does Not Want Jab 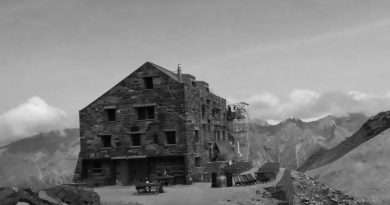 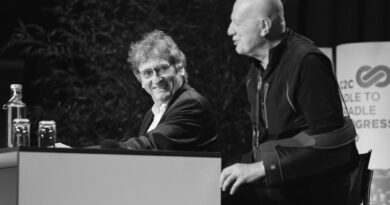