This is the moment a mother stork protects her chicks as she stands firm and covers them with her wings after their nest was set ablaze by a lightning strike.

The incident was captured on camera by representatives of the NGO ‘Friends of Storks’ in the commune of Orlat located in Romania’s central region of Transylvania.

According to reports, eyewitnesses saw the birds in distress and called the fire brigade and members of the stork-protection NGO.

One brave white stork (Ciconia ciconia) remained in the burning nest after it was struck by lightning and covered her four chicks with her wings until they were rescued.

The mother stork stood firm even though she was surrounded by flames and doused with water.

As the bird’s nest was built on an electricity pole, the power was shut down so that firefighters could put out the flames. When they reached the nest, four chicks around four weeks old were rescued.

The chicks are now recovering at the NGO’s shelter where over 70 birds are presently being cared for.

Half of the birds at the shelter will never be able to fly because of their injuries, while the others will stay until the autumn when they will hopefully fly off to warmer climes.

‘Friends of Storks’ representative Miruna Gritu said: “There were gut-wrenching moments when we were waiting for the firefighters and could hear the alarmed chicks’ calls from the nest.

“One of the storks stayed firm even when the fire intensified. The power supply was temporarily shut down by the Sibiu Electricity Distribution Branch, making it possible for firefighters to exteinguish the flames.

“Four stork chicks were recovered, they all have burns on their bodies and legs. The smallest one was the most seriously affected. The chicks will remain in our care until they are ready to be set free.”

To find out more about the author, editor or agency that supplied this story – please click below.
Story By: Oana Muscalu, Sub-Editor: Joseph Golder, Agency: Central European News 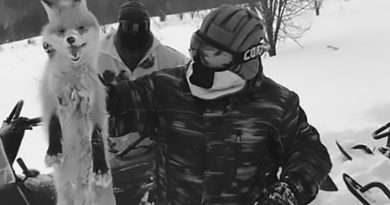 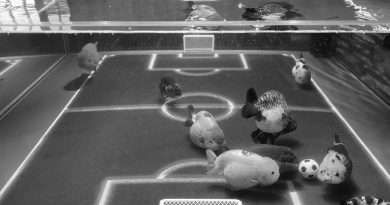