This is the moment a huge hungry bear breaks a hole in the fence at a Russian military base before climbing through the freshly-made gap in search of food.

The incident happened overnight at the Russian Yelizovo Airport located in Petropavlovsk-Kamchatsky in the Kamchatka Krai region which as well as being a large military base where the 865th Fighter Aviation Regiment is based also includes provision for civilian aircraft.

A spokesman at the airport told Central European News (CEN) that fortunately, there was no air traffic scheduled at the time the bear broke into the airport and then in the hour it took before it could be captured by local animal welfare officials.

Despite the high security, the bear is seen expertly sizing up the strength of the wire mesh, before repeatedly pushing against it until the fence gives way, and the animal that was reportedly looking for food then clambers inside.

It then wandered onto the airfield which includes a 3,400-metre (11,200-foot) runway big enough to handle large aircraft like the Ilyushin Il-96 or Boeing 707.

And the latest Google Earth images show the base continues to serve as an important military focal point, with several MiG-31 aircraft dispersed throughout the airfield and a large number of turboprop transports and helicopters.

It was not revealed what happened to the bear once it was captured by wildlife officials, however online commentators lined up to come up with a suitable headline for the story.

One said: “When you are late for the flight, sometimes there is no other way than to take a shortcut.”

Another added: “Does Mishka not want to go on holiday with him” – a reference to the hit Russian children’s TV series Mishka Also wants to go on vacation,” another user commented on the video.

And a third added: “He wants to get out of town on a late flight. People just don’t understand him.” 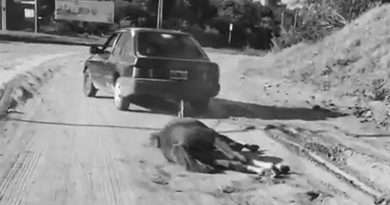 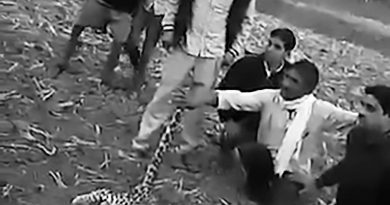 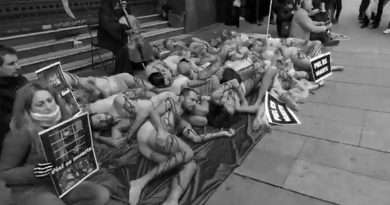