German police have ‘arrested’ a frightened little chameleon after a greengrocer found it hiding among his cauliflowers.

The colourful chap was found in the village of Bilsen in the northernmost German state of Schleswig-Holstein at around 10.30am on 30th December.

The local police said in a statement that the Old World lizard was found by a greengrocer in a car park, hiding among his leafy goods.

The man called the police and reported that he had found an ‘animal’ and asked officers if they could bring a transport box with them.

The police arrived on the scene and saw the cute little chameleon staring at them from the back of the man’s vehicle.

The police statement said: “At the scene, officers found the ‘stowaway’ among the cauliflower.

“When we looked in the cauliflower box, two independent eyes stared back at us from vegetables.

“Those eyes belonged to a nine-month-old chameleon, which had apparently started its arduous journey from France to Bilsen with the cauliflower. The four-legged friend, who was probably originally from Africa, did not show any signs of travel stress and was welcomed safely by us.

“The scaled reptile could then be spared another long-distance journey and so it went non-stop from Bilsen to Klein Offenseth-Sparrieshoop (municipality in Schleswig-Holstein) to the wildlife sanctuary there.

“There, the animal was handed over to the capable hands of the zookeepers in the best of health.” 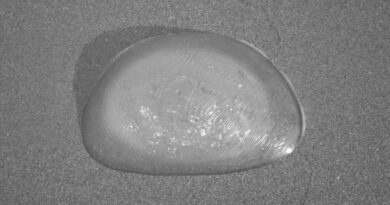 Beachgoers Confuse Fake Breast For Jellyfish Washed Up On The Coast 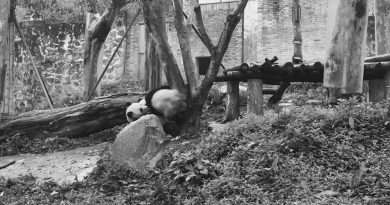 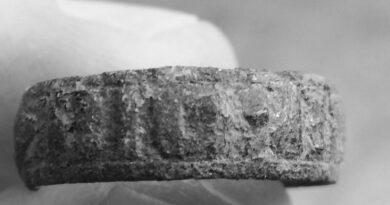