A dolphin has been found washed up dead on a beach after apparently being killed by a pair of women’s knickers that had wrapped around its flipper and ended up cutting through almost to the bone.

An environmental monitoring team removed the Guiana dolphin carcass from the beach in the Brazilian municipality of Itapoa on Sunday 16th May.

The veterinary team that autopsied the dead animal believes the knickers that had apparently been stuck on the animal for some time may have contributed to its death.

The team believes the dolphin got its flipper tangled in the fabric when it was younger and that it would have compromised its ability to swim and to fish.

The pair of knickers was wrapped tightly around its flipper, embedded deep in its skin, close to the bone, as shown in a photo.

According to veterinarian Giulia Gaglianone, the dolphin’s skin healed around the knickers, leaving it with a permanently open wound through which the material looped.

In addition to the injury caused by the knickers, the dolphin had signs of chronic weakness such as thinness, pneumonia and a large number of parasites in part of the ear and in the lungs.

It also had gill net marks around its face and breathing hole.

Fabrics discarded in the sea pose a threat to marine species.

It is a near threatened species, mainly due to entanglement in nets. 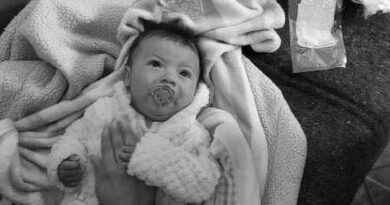 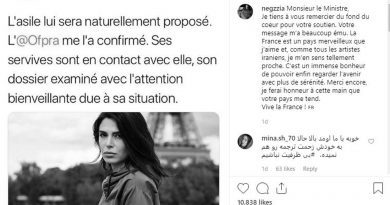