This photo of nightmares shows a ‘cyclops’ pig with a rare genetic mutation that caused it to be born with one large eye in the middle of its forehead and no snout.

The rare piglet was born on a rural property in the municipality of Brunopolis in the southern Brazilian state of Santa Catarina on 20th May.

The photo shows how the pig resembles a cyclops, with one large eye in the middle of its forehead and a short trunk-like protrusion in place of its nose.

Another trunk-like protrusion can be seen dangling above its bulging eye, giving it an alien-like appearance.

The piglet eventually died due to respiratory problems shortly after it was born, given it lacked a snout.

Similar cases have also been reported in China, Argentina and elsewhere in Brazil. In these cases, the piglets also died shortly after birth.

The pig may have suffered from a congenital disorder called cyclopia, when the embryonic prosencephalon fails to properly divide the orbits of the eye into two cavities.

This is because certain proteins are inappropriately expressed, causing the brain to fail to develop two distinct hemispheres, resulting in just one optic lobe and one olfactory lobe.

Although it is rare, it can also affect human babies, several of which are preserved in medical museums.

A toxin believed to cause cyclopia is found in the California corn lily (Veratrum californicum), which can be ingested by grazing animals, inducing the disorder in their offspring 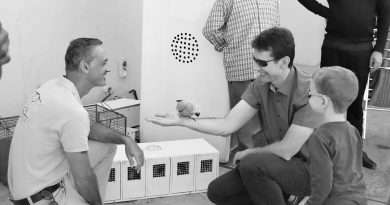 Clever Birds Trained To Pick Up Rubbish In UAE Parks 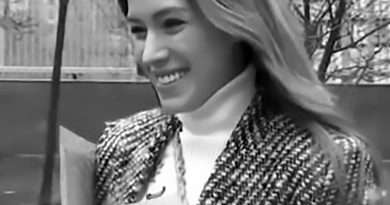