This footage shows France’s “only baby hippopotamus” who is just over two weeks old and called Gloria taking her first dip in the water with mum.

The incredible footage shows just how well the little hippo can swim despite being under a month old. She can be seen paddling under water before landing gently on her mother’s back.

Gloria was born at the ZooParc de Beauval in the commune of Saint-Aignan in the Loir-et-Cher department in central France on 7th June – after her mum’s 8-month pregnancy – but she was only seen outside by visitors for the first time yesterday (Monday 22nd June), when she took her first dip.

She weighed 38 kilogrammes (83.7 lbs) at birth and is believed to have put on 1 kilogramme (2.2 lbs) every day since, with Baptiste Demarsan, head of the hippopotamus and savanna area of the park, saying: “She must weigh about 50 kilogrammes (110 lbs) today.”

Gloria apparently did not like the water at first but quickly got used to it under the watchful eye of her mum, Bolinhas, 5, who was born at Lisbon zoo on 16th November 2014.

Demarsan said: “Bolinhas showed the little one around and made sure she got back to the surface to breathe. For now, we are keeping them separate from the male.”

The hippo dad is called Kvido, 7, and he was born on 3rd June 2013 at the Ostrava zoo in Czech Republic before arriving at the French zoo in 2016. Gloria is their first baby.

Contacted for comment by Newsflash, a spokesperson for the zoo said that Gloria is the “only baby hippopotamus in France” and that they are “very happy” because it is the “first time a baby hippopotamus has been born at the zoo since the species was introduced there in 2016.”

The zoo said that baby hippos are capable of swimming as soon as they are born and can hold their breath under water, but they still need their mothers’ help to go back up to the surface.

Adult hippos can hold their breath under water for five minutes – or 30 minutes if they do not move.

Hippopotamuses are listed as a vulnerable species on the International Union for Conservation of Nature’s (IUCN’s) Red List. 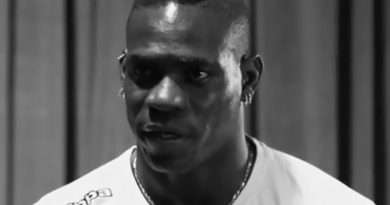 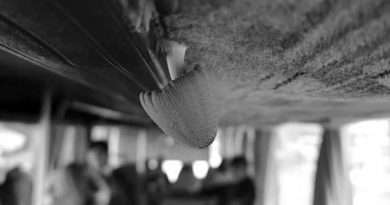 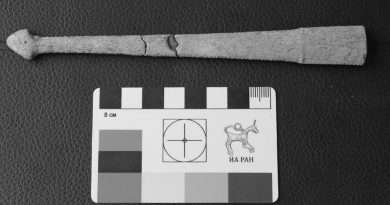 Dagger Made From Mammoth Bone Found At Sacrificial Site