These are the new mini robot tanks equipped with disinfectant cannons that can cleanse the Coronavirus from an area of 100,000 square feet every hour.

They are being used instead of humans, who would otherwise by risking their lives in the fight against the coronavirus by doing the job by hand in infected areas.

The miniature unmanned vehicles running on tank treads were unveiled by Chinese heavy machinery firm Weihua Group on 20th February after having been developed over just 10 days. The work was possible following a partial opening of all industries and sectors in China during the COVID-19 outbreak.

The company is from the city of Xinxiang in Central China’s Henan Province where it usually builds heavy machinery such as container cranes for ports. It calls its new device ‘Weite’ which as an acronym for the Chinese words ‘protection’ and ‘special’.

The nimble armoured machine looks like something straight out of Robot Wars, and is equipped with a cannon that acts as a diffuser spraying disinfectant as a fine mist up to 15 feet away it as it moves.

Its developers say it can even climb steps.

Weihua Group says each Weite can discharge 60 litres of disinfectant an hour, covering an area of over 100,000 square feet in the time. It will replace front-line workers who are currently risking their lives disinfecting areas badly hit by the Wuhan coronavirus.

“It carries a diffuser, which would usually be carried manually by disinfectant staff, who are limited in the volume of liquid they can carry while walking back and forth.

“Our robot can carry a larger quantity of disinfectant, and it operates for a longer period of time.

“The mist diffuser disinfects a larger area. It’s very effective and much safer.”

The machinery firm has also developed a smaller version – propelled by four wheels – for general use indoors, suited for workshops and factory floors.

Two Weite robots have since been donated to Qiboshan Hospital in Zhengzhou, Henan’s provincial capital, as well as COVID-19 epicentre Wuhan.

In Wuhan, the robot will disinfect Huoshenshan Hospital, a two-storey, 1,000-bed facility built in just 10 days.

As production of Weite begins, Mr Han said the biggest challenge would be in supply chain logistics as factory lines try to secure material during nationwide travel restrictions.

Unmanned vehicles have been seen as safer and more effective tools than humans for disinfecting cities hit during the outbreak.

In the city of Taiyuan, capital of North China’s Shanxi Province, miniature armoured tanks once used to disinfect prisons have been sent into crowded gated communities where confirmed COVID-19 cases have been recorded. 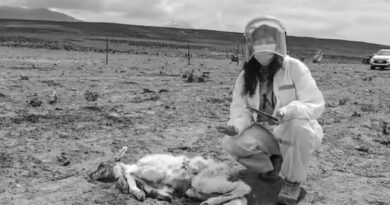 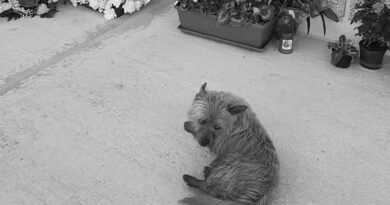