These images show a bird trying to reach its young in a nest in a building’s wall after builders fatally sealed off their home with plaster.

Heartbreaking images of the parent birds attempting to reach their trapped chicks were shared by German media.

According to reports, sparrows, blackbirds, starlings and even a woodpecker were spotted trying to get to their younglings in the housing estate in the Grunau district of the city of Leipzig, located in the eastern German state of Saxony.

Local residents reportedly shouted to the builders when they realised what was happening and warned them that chicks were still inside, but they paid them no mind.

Locals then called the animal charity NABU Leipzig, part of the German nature protection organisation, who in turn called the police.

According to eyewitnesses quoted by local media, it was heartbreaking for them to watch birds showing up with food for their chicks only to hear their faint chirps from the other side of the closed-up wall.

Despite repeatedly using their beaks to try to reach their loved ones, their efforts were in vain.

One woodpecker even ended up getting its beak covered and sealed by building foam when it tried to peck its way to its trapped family.

When firefighters on the scene opened one of the filled holes, they found two contained parent birds that had remained inside to protect their young, according to local media.

Other holes contained birds that were dead or dying by the time they were found.

In only one case was there a chance for the young, but only because they had not yet hatched and were being protected by their parents when the hole was opened.

Police are investigating the incident and will file a report to prosecutors following the complaint by NABU. 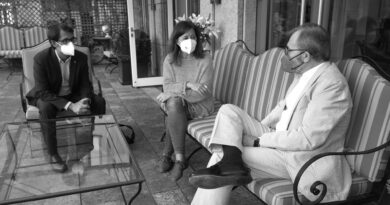 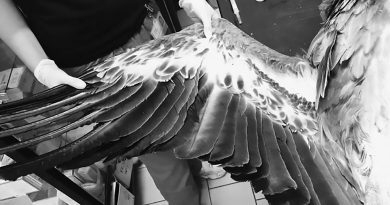 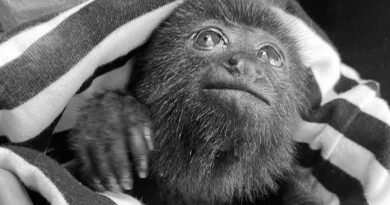