‘The Voice Kids’ contestant whose scalp was partially ripped off when her hair became stuck on a fairground ride three months ago has not let the incident dampen her enthusiasm for life as can be seen in this message.

Marian Lorette suffered the accident at a fundraising event at the school she attends in the city of Saltillo in the north-eastern Mexican state of Coahuila.

Marian, who was six years old at the time of the accident, shared a picture posing next to the Palace of Fine Arts in the city of Mexico City wearing a pink hat, writing: “Sometimes we have small accidents God send us to have a life lesson and this is a lesson.

“I have learned that no matter what happens, we should keep on fighting and living very happily. Never give up”.

In a previous message, she wrote: “Light is on you, darkness could cover it up, but it will never be able to turn it off. Never, ever stop believing in yourself, you will always be a very special and brilliant person”.

The youngster reportedly got her hair stuck on a ‘mechanical ride’ which tugged her locks when the operator stopped it suddenly to allow other children onto it.

She had part of her scalp torn off in the accident and was said to be in a serious condition in hospital.

Marian caught the judges’ attention during casting for her rendition of ‘Do You Want To Build a Snowman?’ from the Disney film ‘Frozen’.

Following the first series of operations, the six-year-old starlet has since returned home.

After her recovery, she has been seen on the talent show, surprising the judges and fellow contestants.

In December she released a version of ‘Lo Busque’ (I Searched For it) by Ana Barbara. Barbara met with Marian and send her a touching message on social media. 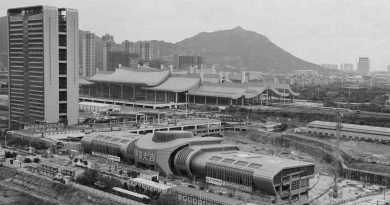 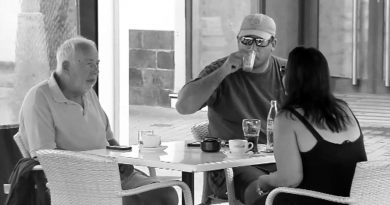