This is the moment a pair of toddlers play on a railway as a train comes towards them with the driver managing to stop just in time.

The incident took place in the city of Los Mochis, in the north-western Mexican state of Sinaloa as the El Chepe passenger train was passing through the Rosendo G. Castro colony.

In the video recorded from the front of the train, two small toddlers can be seen playing on the tracks.

One of the tots is standing in the middle of the tracks as the driver comes to halt and the youngster then begins crying and crawling off the tracks.

The two toddlers appear to be alone as the driver shouts for them to move away from the tracks, which they eventually do.

Local media report the train continued with its route after the incident.

Residents in the area say the children are often seen playing around the train tracks, with some neighbours saying they sometimes have to rescue the youngster.

The residents claim the toddlers are under the care of their six-year-old sister as their mother is not caring for them. They say they have reported the case to the authorities but no action has been taken. 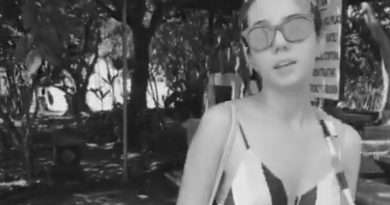 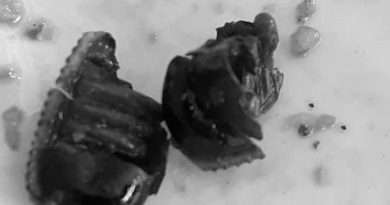