The daughter of Putin’s spin doctor has slammed the “Januhairy” campaign by a British student that encourages women to grow body hair under their arms and on their legs.

Elizaveta Peskova, 21, is the daughter of the Russian President’s close media adviser Dmitry Peskov, 51, and said it was ridiculous for women to think growing hair was anything to do with “body positivity” and accepting themselves the way they are.

Posting on her Instagram account she said: “This week I have read the news about a British woman who suggested girls don’t shave for the entire month, and share photos of their hairy armpits or legs in order to protest existing stereotypes about female beauty. This is apparently aimed at women starting to accept themselves the way they are.”

But critical Peskova added that while she does not have anything against women accepting their bodies the way they are, they should keep their hairy photos to themselves.

She added: “Why should one be proud of cellulite and pimples? Instead you should do sports, and start eating healthily (that is of course unless you believe that cellulite is actually pretty).

“But then again, yeah, body positivity is a popular topic these days. You can talk forever about it but please, excuse me but I cannot connect unshaven armpits with body-positivity.”

Body-positivity is a social movement that spreads ideas that everyone should accept their body the way it is, and therefore have a positive body image.

One of the key ideas behind the movement is that the beauty standards were imposed by society and this ‘construct’ should not interfere with one’s ability to feel worthy and confident.

British Laura Jackson, 21, came up with the idea for a “Januhairy” campaign to confront body stereotypes.

Peskova also added that being a Russian, who takes care of herself, she can not relate to the movement that seemed to have grown up around the fad.

Her strong words were shared by most of her followers, and ‘tati270586’ said: “I agree with her completely.”

While ‘estukr’ commented: “Well, body-positivity is a European position. It is not acceptable in Russia. Here every girl should look like a copy-past of the other one.”

And one identified as ‘debora_zzz’ added: “She is very accurate. Maybe these women she is talking about also have very scrubby lazy men. This however does not mean that everyone enjoys looking at such people.”

But ‘SilvanaDrago’ said: “Another stupid thought from her. Who is possibly interested in what this girl thinks?”

And ‘Bordzhia’ added: “I disagree with her simply because I do not care if someone has unshaven armpits or cellulite. People can look the way they want to.”

Elizaveta Peskova is often criticised by ordinary Russians online for “showing off” about her luxurious lifestyle on her social media accounts. She has been living in the French capital Paris, with her mother and brothers, for the past seven years. 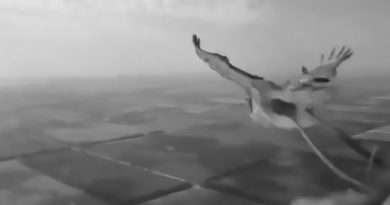 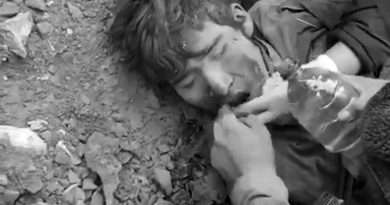 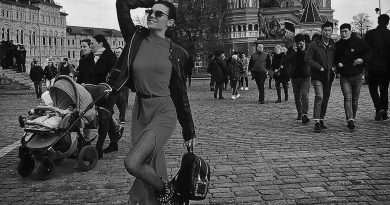