This is the moment a topless vigilante in his underpants opens fire on a group of young robbers allegedly killing one and leaving another hospitalised.

The incident came when three alleged thieves tried to rob the vigilantes nephew at a house in the town of Longchamps, in the city of Buenos Aires, the Argentina capital.

In the video, two of the three hooded thieves who seem nervous and bungling can be seen at the gate of the house, with one of them firing his gun into the property to make it clear he means business and reportedly demanding the keys to the car outside.

But as he tries to pull the gun back through the fence he drops it, and has to scramble on the ground to retrieve it as a man reportedly the third gunman runs into the frame.

The person they had allegedly been threatening, identified only as Ezequiel P., 27, then comes to the fence and tries to throw over his mobile phone. But he failed and it fell to the ground, so he tried again and again failed, and on the third attempted he handed it to the nervous crook.

The gunman then sprints away but at the same moment a topless heavily tattooed man, holding a gun, then appears at the steps of the building and opens fire in the direction the thugs ran away in.

He was identified as the robbery victims uncle Claudio Ramon Pardo, 47, and he can be seen firing six bullets before the gun was apparently empty.

Local media report one of the thieves was hit in the neck by the bullets and died at the scene. He was 17 years old but his name has not been reported.

Reports state another of the alleged thieves, named in reports as Patricio Gonzalez, 18, was hit in the leg by a bullet and was found by the cops lying on the ground inside a house located on Quintana Street in the same town.

He was taken to the Lucio Melendez hospital.

The tattooed vigilante, Claudio Pardo, was arrested and sent to the police station of the Almirante Brown Partido. But prosecutor Pablo Rossi, who is in charge of the investigation, said the crime had been classified as “homicide in self-defence” which meant Pardo could be released.

The third alleged thief has not been located.

Pardo’s daughter Camila told reporters that they do not know the thugs but said they had received messages from neighbours on social media saying that they were known in the area.

She added: “It is terrible they want to kill you at your house, it is horrible to live in this society where thugs have more rights than me.”

Reports state the authorities have offered police protection at the house as the family are fearful of retribution.

The daughter said that her father often practised shooting and that he has had the gun for many years “as there is a lot of insecurity here”. 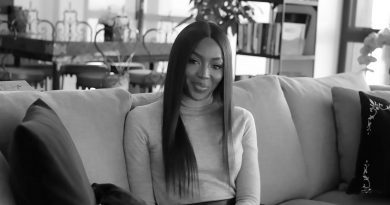 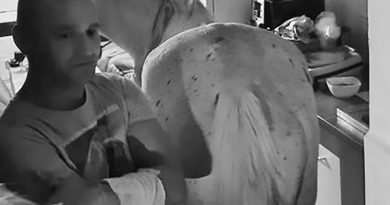 British Man Dies After Falling From 7th Floor In Ibiza