This London protester has been convicted after being identified in this footage of him pushing over a female cop and throwing heavy objects at other officers at a rally attended by supporters of the English Defence League and Britain First.

The group of far-right activist was joined by Jamie Dewing, 31, from Valley View in Saltburn-by-the-Sea in North Yorkshire who has now appeared at Teeside Magistrates’ Court on 8th July where he admitted one count of assaulting an emergency service worker and one count of violent disorder.

The video was shared on Facebook by the Metropolitan Police Service with the message: “Watch the moment a reveller at a recent protest in central London violently pushes a police officer backwards down some steps.

“His violent behaviour didn’t stop there, and throughout the day he was caught on camera acting aggressively, including throwing items such as a metal barrier at officers and repeatedly spitting at officers at cordons along Whitehall.

“Thanks to officers from Cleveland Police and the public, Jamie Dewing, 31, from Saltburn-by-the-Sea was identified following our recent appeal and convicted for assaulting an emergency service worker and violent disorder.”

He had travelled to London on 13th June to join hundreds of other demonstrators in Parliament Square.

Early in the day, Dewing was among a small number of protesters who became increasingly hostile to police officers.

At around 1pm, Dewing fronted up to officers near the Nelson Mandela statue where he shoved a female cop, forcing her to fall backwards down some steps.

The WPC landed hard on her back and is reportedly undergoing physiotherapy for injuries to her back and neck.

As seen in the video, he was also filmed throwing items such as a metal barrier and a canned drink.

Dewing was identified by a Cleveland Police officer after his image was released to the media.

Detective Constable Nicky Dixon said: “Dewing initially denied that he was the man responsible for pushing one of our colleagues, claiming that it was someone else.

“However, he quickly changed his mind when he was in the dock, admitting both charges against him.

“Footage from nearby police, shows the force he used to push the officer, his actions were completely reprehensible.

A Cleveland Police spokesperson said: “Dewing’s conviction is a great example of how forces can work together to identify and arrest suspects. It shows that no matter where you travel, officers will locate you and bring you to justice for any crimes you have committed.” 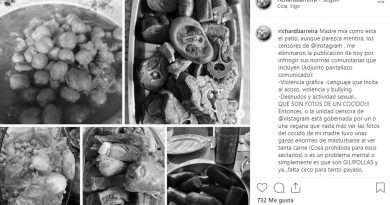 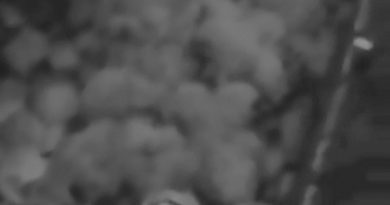 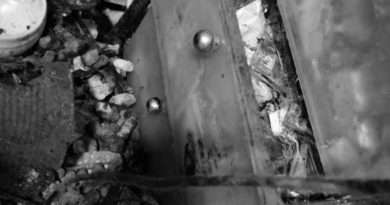