If I’m being completely honest, I don’t think I’ve ever really enjoyed reading books, to the annoyance of my father who constantly offered me books in the hope of tempting me to change my mind.

I only read books which I had to from school, and I read those as fast as possible in order to get it behind me. I never enjoyed them, they couldn’t compare to playing a good game on the computer.

It was like that for years, until in a last-ditch effort my father offered me a book downloaded on Kindle by British fantasy author David Gemmell.

From the moment I read the first of the 511 pages, I was completely hooked and read it from cover to cover – devouring the tale of adventure and bravery eagerly.

I can say quite honestly it’s the best book I’ve ever read and I am already on my second book.

For anyone wanting to know what it’s about, here is a summary, but bear in mind this is a spoiler alert. If you really are planning to read it, then don’t go to find this because then you will know everything that happens.

It is set in a fictional country where the land has descended into chaos and horror as the new King Ahak has come to power, and 8 of the 9 Knights of Gabala ride to hell to find a solution to the tragedy.

The only knight who does not go is Manannan, who at the last minute proves too afraid to make the journey.

As the story progresses we realise that not only chaos and terror spreading, but also magic which needs to be in harmony is out of balance.

In the magical sphere, red has come to prominence and black, yellow green and white are in decline.

The king was at the centre of the chaotic scenes playing out is not acting alone, he is supported by eight knights aligned with the magic of the red.

Meanwhile, the slave boy Lug who is training with a magician learns that his master Errin plans to sell him to a new master noted for his cruelty, and so he flees to join rebels in the forest led by Llaw Gyffes where he changes his name to Lámfhada. Llaw Gyffes allegedly killed his wife and was due to be sentenced to death but escaped.

In the forest Lámfhada meets the magician Ollathair who agrees to help him further develop his magic, and when being pursued by the soldiers of the king, Lámfhada is forced further into the forest where he finds the cowardly knight Manannan.

Manannan wants Ollathair to take off the magic helmet he has been wearing for 6 years which has refused to come free since he failed to make the journey into hell. The former weapons master of the Gabal knights tells him he is unable to help.

For his part, Lámfhada ends up in a village where he meets the robber king Grunzer. Despite his reputation for brutality, the saga poet Nuada through such a powerful storyteller that he enchants everyone in the village and ensures there is no ill will while they are there.

Lámfhada meanwhile discovers that there is no rebel army. Instead it was simply a rumour that spread that had no truth. But the leader of the red knights, a cold hearted killer named Samildanach, does not know that and opens a portal to another dimension in order to allow out dangerous animals to attack the supposed rebel force in the forest.

Manannan the cowardly knight fights against one of these beings. He kills it and at the same time he is released from his helmet.

Meanwhile the woman who loves the night Errin is revealed to have nomadic ancestors, she is sentenced to death. Errin tries to free her by fighting the Red Knight leader. Errin loses and his hand is chopped off and his fiancée is burned.

Then Errin escapes with his nomad slave Ubadai into the forest. After Errin has regained his strength, he seeks the sister of his fiancee.

He finds out that she has gone off with two men to kill the seer of the king who was to blame for the young woman’s death. What she does not realise is that they are planning to betray her to the king, but instead, they are both killed by an animal from hell and Sheera was able to join Errin.

As Nuada secretly leaves the village and gets into a snowstorm, he finds many nomads and nomad corpses. When he returns to the village, he asks Grunzer to help these people.

At first Grunzer refuses, but Nuada persuaded him to help these people.

Manannan for his part wanted to leave Ollathair after he was freed from his helmet, but the wizard is able to persuade him to go through the portal and to seek the knights of the Gabala.

As he went through there were monsters everywhere and he rode past all of them until he found a beautiful city. The city of Vyra. He was warmly received there. He was given a drink called Ambria.

He quickly became dependent on it. He stayed there for several days until he got up at night to get more. He was stopped by Morrigan. She is the wife of Samildanach.

She told him that Ambria is a soul drink. She was right. The red knights are the Knights of the Gabala and the Ambria has made them evil.

The Ambria is sucked out of the nomads. Shocked at the discovery he is able to flee the city with Morrigan and return to the Normal World.

Ollathair managed to steal the armor of the Gabala Knights and bring back Morrigan and Manannan, but is murdered by Samildanach.

While all this happens, someone very powerful comes to the village of Grunzer, the Dagda.

The Dagda is a very powerful wizard who can look into the future.

After the Dagda tells Law Gyffes that he will die in the spring, he decides he has nothing to lose and goes ahead and sets up a real rebel arm.

Lámfhada also finds his color, the gold. He is now very powerful and decides to re-establish the Order of the Knights of Gabala.

When Manannan hears that the Duke of Mactha should be killed, he sets out to fight for the Duke’s freedom. He fights against a red knight who he kills.

The duke then also became a knight of Gabala. That there is a new order however does not remain secret and spread throughout the country and the king gathers together an army of 10,000 men who march into the forest.

A war is inevitable.

They needed more men to wage war. So Grunzer and Morrigan travel to a citadel in the north where about 400 men lived and try to pull them to their side.

On the way to the citadel they meet the red knight Bersis and 30 soldiers who have come to kill Morrigan and Grunzer.

Grunzer and his opponents were on the suspension bridge and he shook them so hard that the red knight and his soldiers fell into the depths. He sacrificed himself in the process.

Immediately afterwards, the men arrived and seeing the sacrifice made to save their loved ones, they agreed to join the rebellion.

Morrigan, who can not resist Ambria, was caught sucking another man’s soul.

After being rejected, she goes to the king and pretends to be a very beautiful prostitute.

She then sucks the spoiled king’s soul out. When she was finished, she cuts the main artery and dies in the arms of her husband Samildanach.

Nuada was able to win over many villages. He was then murdered by a red knight. The villagers shocked at what had happened then swear to give him a big army.

There were several battles between the king’s soldiers and the rebels, but the rebels won each one.

They were only 700 when they got reinforcement of 2000 men, thanks to Nuada. The final battle should be a duel between the leader of the red knights so Samildanach and the leader of the Knights of Gabala so Elodan.

Samildanach knows that Elodan is crippled. He also cut off his arm. If Samildanach won, the rebels would surrender, and if Elodan won, the king’s army ought to obey him. The day before the fight, Lámfhada created a new arm for Elodan.

The Red Knights and the Knights of the Gabala performed a ritual whereby the souls of the knights would combine into one and when that knight dies with all souls all die.

The fight was exciting and Samildanach just wanted to behead Elodan but something prevented him from doing so. Elodan took the chance and rammed his sword into Samildanach’s heats.

An exciting climax to the book, Samildanach fell to the ground as all his knights also died, and the general of the army of the king went to bow to him with the words: “At your service my Lord”. 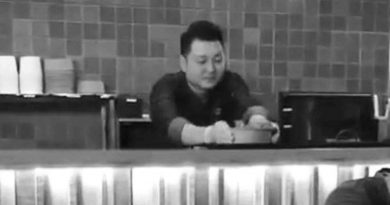 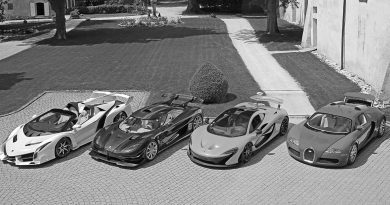 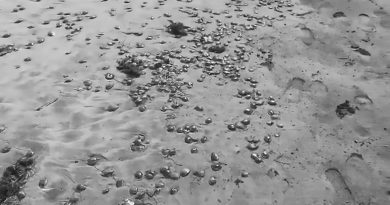