A team of archaeologists has discovered an entire village of invading Merovingian warriors from the sixth and seventh centuries in France in what has been described as “a unique find”.

The site is believed to have been a hub of military, political and religious power for at least 200 years, with traces of numerous sword-wielding horsemen found in the remains of the village.

The discovery took place near Pontarlier, a commune in the Doubs department in the Bourgogne-Franche-Comte region in eastern France after archaeologists conducted a dig for over a year on a site that was until recently destined to be developed into an economic area called Gravilliers.

Michiel Gazenbeek, the head of archaeological research with the government archaeology organisation ‘Institut national de recherches archeologiques preventives’ (INRAP), said in a press conference: “A village with its church, area of economic activity and its necropolis, there are none like it in France. But we do find some excellent similar examples in Bavaria, leading to the hypothesis that this is wooden architecture with a Germanic influence.”

The village coincides with a period that was immediately preceded by the conquest of the kingdom of Burgundy by the Franks in 534 AD.

The 74 local tombs and huts scattered around the site reveal that many of the people in the village were generally well-armed horsemen. Finds include swords, spurs, pottery, coins and jewellery, which according to the archaeologist shows that the people who lived in this village had a certain “social status”.

According to the INRAP, this indicates that the site was likely a command centre, rather than a simple peasant village.

Mr Gazenbeek said that at the time the area was a major strategic passage linking southern and northern Europe between Italy and northern Gaul, adding, “It was the road to watch and control at any cost.”

The Merovingian’s are believed to have moved a family of Germanic nobles there to set them up in the area and increase their domination in keeping with local customs at the time which involved mass implantation of people in order to consolidate new conquests.

Scientists have concluded that the site was settled sometime in the sixth century and activity there continued for at least 200 years more. The heart of the site covers about 1 hectare.

The ongoing dig has yielded some fascinating results, including the necropolis, as well as the remnants of what was an extremely rare church made entirely of wood.

Archaeologists have so far found more than a dozen large buildings measuring approximately 200 to 300 square metres each. However, the remains have largely vanished, leaving archaeologists with only the foundations to work with.

The church was about 20 metres long and 14 metres wide and was built along the lines of a Basilica, meaning that the design is based around the way that Romans built their public spaces. These kinds of churches existed from the fourth century onwards throughout the Roman Empire and they were still built after the fall of the Empire and the various Christian states that succeeded it.

INRAP believes that the discovery is extremely significant because it reveals buildings with an architecture that has until now not been very well documented in France, which is a major advance in contemporary knowledge of that period of the Middle Ages.

The local economy was likely based on cattle and horses as thousands of predominantly horse and bovine bones were discovered in what was identified as a butcher’s that was at least 600 square metres in size.

The site is believed to have been eventually abandoned and the population regrouped in the town of Pontarlier following either a change in the political landscape or an evolution in the economic model for subsistence.

The state ordered dig also allowed for the discovery of a Mesolithic site dating back between 10,000 and 6,000 years BC, which would put it during the last known era of European hunter-gatherers.

The Merovingian dynasty ruled the Franks as a family from circa 450 AD until 751 AD. They conquered most of Gaul, beating the Visigoths and then the Burgundians in 534. In Germania, the Alemanni, Bavarii and Saxons also swore fealty to them.

The Merovingians were at their peak the largest and most powerful realm in western Europe in their era.

The Merovingians were known for their long hair, which set them apart from other Franks, who would usually cut it short. A Merovingian with short hair could not rule, with rivals sometimes removed from succession by having their head tonsured before being sent off to a monastery.

The Merovingians also had only very few names that they used, one of them being Clovis, which later evolved to become Louis, a name that remained common among French monarchs until the 19th century.

To find out more about the author, editor or agency that supplied this story – please click below.
Story By: Joseph Golder, Sub-Editor: James King, Agency: Real Press 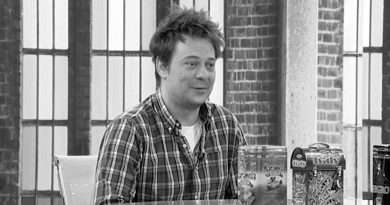 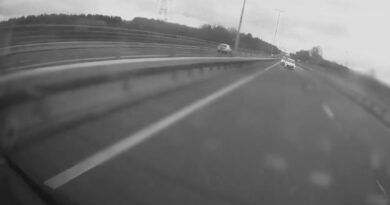 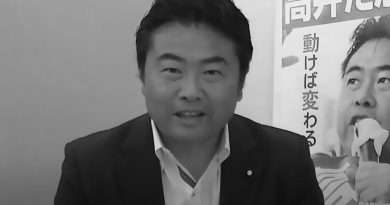 Japanese MP Fired For Visit To Sex Club During Lockdown