This footage shows an ancient Crimean cave where scientists unearthed the remains of mammoths and sabre-toothed tigers and it is to be turned into an underground museum.

The cave, first discovered in June 2018, is located near the town of Belogorsk, also known as Qarasuvbazar, in the Autonomous Republic of Crimea.

The cave is full of soft clay that experts first believed was bats’ faeces, but was later confirmed to be montmorillonite, a very soft group of sheet silicate minerals known as phyllosilicates.

Alexander Tishchenko from the Geological Museum of the Crimean Federal University said: “Montmorillonite is known as the weathering crust along the southern coast of Crimea.”

According to Tishchenko, the weathering crust was washed from the mountains into the Crimean plains about 50 million years ago, filling the Tavrida Cave.”

Reports said that the local authorities are currently planning on turning the ancient cave into a museum.

The 1,300-metre (4,265-foot) long cave will soon welcome visitors who can pose for selfies next to ancient models of ostriches, rhinos and camels, among others.

The cave plans also include smaller palaeontological and geological museums in some of the network’s many galleries, according to local media.

The cave was first discovered in 2018 during major construction works for the Tavrida Motorway when 100,000-year-old mammoth bones were discovered in the soft clay. 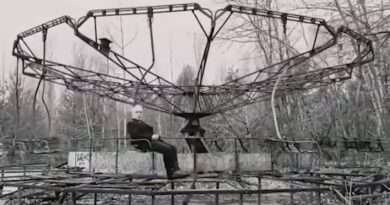 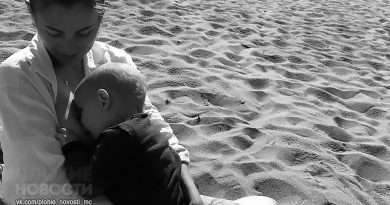 Breastfeeding Mum Kicked Out Of Court By Russian Judge