This is the moment a trio of cute Iberian lynx kittens are filmed playing around in the abandoned barn where they were born some weeks ago.

The scenes were recorded at the abandoned barn in the province of Ciudad Real, in the central Spanish region of Castilla La Mancha where the mother gave birth to four kittens around two months ago.

One of the Iberian lynx kittens (Lynx pardinus) died of natural causes after the birth but the other three survived and can be seen joyfully playing in the haystacks in the video.

The kittens are being monitored by the World Wildlife Fund (WWF) who say the mother who they named Odrina gave birth in the same barn for the fourth time. The organisation said it was normal for kittens to die when litters were this large.

Perez de Ayala said that “thanks to these kinds of births, the population of the Iberian lynx can keep on growing until we have 750 females in the Iberian Peninsula”.

Odrina is the daughter of the lynx Mesta and Milvus and was reportedly the first lynx born in the wild in the province for 50 years.

In another video, Odrina can be seen with the kittens at the haystack while another clip shows the lynx hunting what appears to be a rabbit.

The WWF said once the sex of the kittens is known a section on their website will be created where users can help choose names for them.

The Iberian lynx is listed as ‘Endangered’ on the International Union for Conservation of Nature’s Red List. 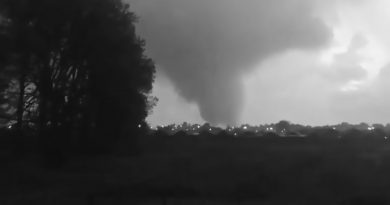 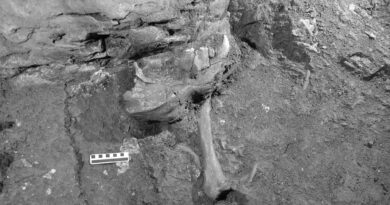