This is the moment Canadian cops arrive to help two fighting stags entangled in a fishing net in a resident’s front garden after apparently clashing antlers.

The incident was filmed in the neighbourhood of Fairfield in the city of Victoria in Vancouver Island in the westernmost Canadian province of British Columbia on 25th October.

In the clip, the two stags appear to have become tangled with a fishing net and piece of driftwood after clashing antlers in a resident’s front garden.

The two animals struggle to move away as police officers slowly approach them.

The Victoria Police said that they joined forces with the British Columbia Conservation Officer Service (BCCOS) to help the two entangled stags.

The police posted the video on Twitter with the message: “Oh deer! Patrol officers teamed up with BCCOS to rescue two bucks entangled in a fishing net and large piece of driftwood in Fairfield [on] Sunday.”

“Gentle reminder: during the rescue some families got a bit too close. It’s important to give wild animals and officers room to work safely.” 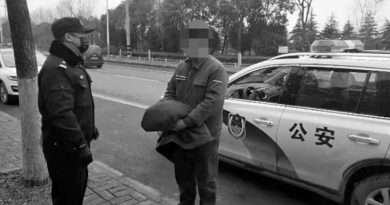 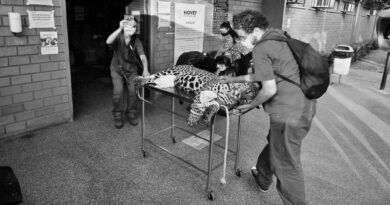 Jaguar Rescued After Being Burnt In Brazil Fires 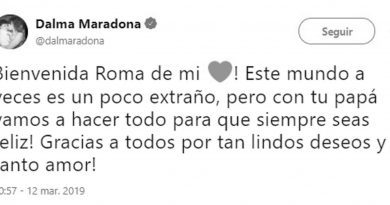