A second elephant has died of a lethal strain of herpes just days after her younger brother was killed by the virus in a Swiss zoo.

Omysha died on 10th July aged eight, just days after being allowed into an enclosure with her brother Umesh’s body to mourn him.

Keepers at Zurich Zoo had let Umesh’s family spend some time with his body to say goodbye, as elephants are known to mourn their dead.

Omysha, who can be seen in the footage, as well as her sister Chandra, 20, and their 36-year-old mother Indi had all been allowed to approach his body to say farewell at Zurich Zoo.

Chandra and Indi were also allowed to say goodbye to Omysha’s body.

The herpes virus – Elephant Endotheliotropic Herpes Virus (EEHV) – is quite common among the large mammals, but it is especially dangerous to young elephants.

Zurich Zoo confirmed on Thursday, 8th July that Umesh’s sister Omysha needed treatment due to the high viral load in her body.

The zoo announced, on Monday, 11th July: “Eight-year-old Omysha passed away last night as a result of complications from the elephant herpes virus, which is typical of elephants.

“After increased virus activity was detected in the elephant cow Omysha last week and the critical threshold value was exceeded, the veterinarians and zoo staff started intensive round-the-clock treatment.

“Unfortunately, Omysha did not respond to treatment with antiviral drugs and blood transfusions and passed away last night from Elephant Endotheliotropic Herpes Virus Haemorrhagic Disease (EEHV-HD).

“This dreaded disease, which can cause internal bleeding and organ failure, is common among both zoo elephants and wild elephants.

“This morning sister Chandra (20) and mother Indi (36) had time to say goodbye before Omysha is examined more closely by pathologists.

“This investigation can help to better understand the ‘Elephant Endotheliotropic Herpes Virus’ (EEHV) in the future and to further optimize the treatment methods.

“For example, research is currently being carried out with the aim of developing a vaccination against EEHV.

“This could protect young elephants from the virus in the future.

“Last week, other elephants at Zurich Zoo also showed an increased viral load in their bodies. However, this was within the tolerance range and treatment was therefore refrained from. Periods with such a slightly increased viral load can help the body to successfully produce antibodies.

“These could prevent a later outbreak of the disease. 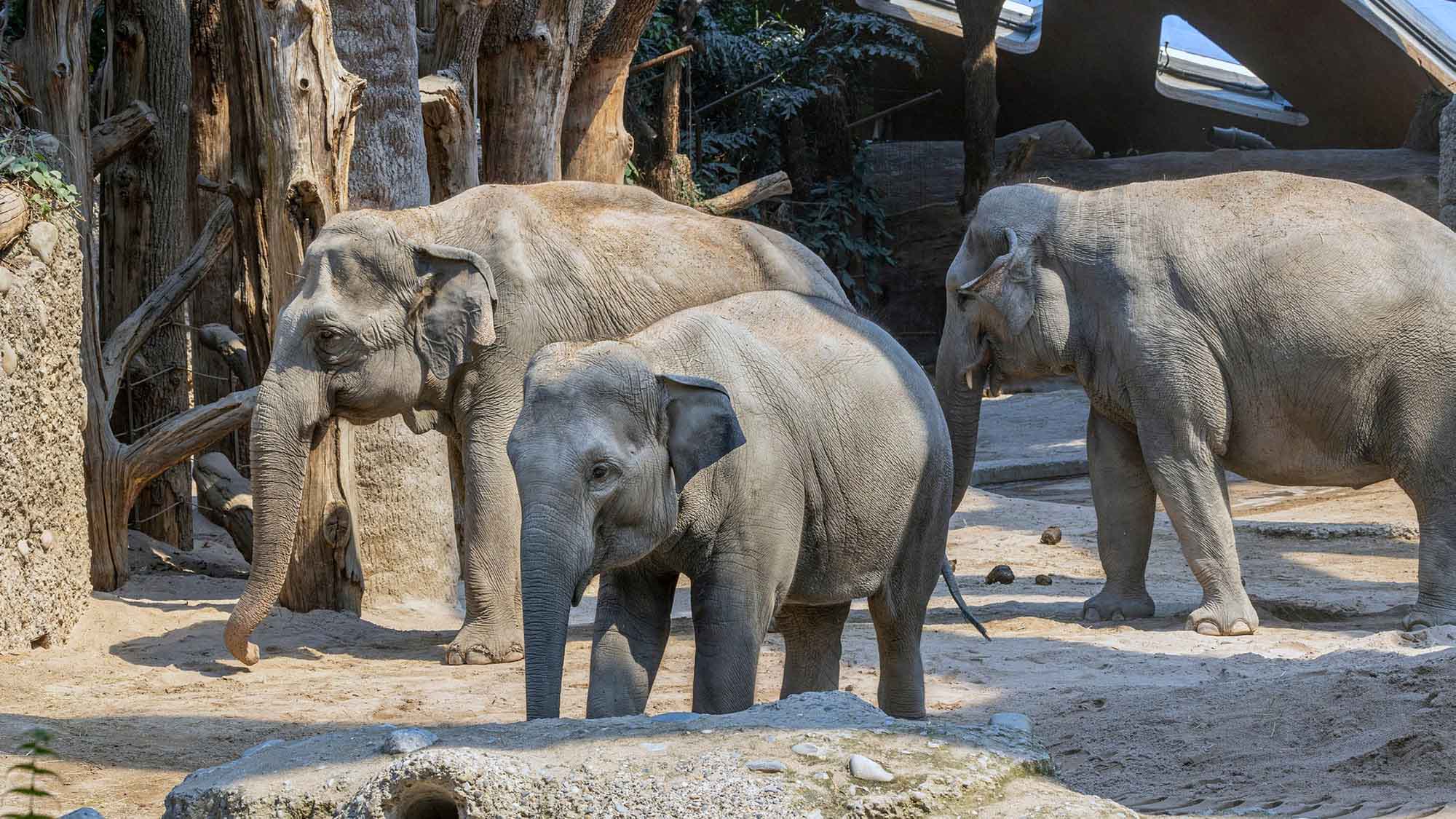 A third elephant has lost its life to the herpes virus within a month at Zoo Zurich. Five-year-old elephant cow Ruwani is the latest animal to die in the zoo’s…

“In Zurich Zoo, as in many other zoos and in the wild, all elephants are probably carriers of the virus. In the most recent blood test, no animal was found to have an increased viral load. Five-year-old Ruwani is most at risk because the disease mainly affects young elephants. It will continue to be tested for virus activity in regular monitoring.”

Zoo Director Dr Severin Dressen, 33, had said on Thursday: “We are monitoring the situation very carefully.

“Our elephant carers are taking blood samples each week to have them checked in a lab.

“This virus is very common among elephants. The decisive question is how powerful it gets.

“I heard someone comparing it to the COVID-19 virus among humans.

“That does make sense in a certain way. Some of us barely notice any symptoms after getting COVID. But COVID has also caused many deaths.”

Speaking about the elephant family’s farewell from her deceased brother Umesh, Dressen told local media: “We left his body in their enclosure for some time to help the group realise what happened.”

The zoo director added: “These are turbulent times for all of us. What has happened is nothing you can just shrug off after work.

“The whole staff is affected. When you’re working in a zoo, you do so because you’re passionate about animals.”

Meanwhile, the body of two-year-old Umesh is being examined.

Zurich Zoo explained in a statement: “Umesh is now being examined by the pathologists at the animal hospital. This investigation can help to better understand the ‘Elephant Endotheliotropic Herpes Virus’ (EEHV) in the future and to further optimise the treatment methods.

“For example, research is currently being carried out with the aim of developing a vaccination against EEHV. This could protect young elephants from the virus in the future.”

Zurich Zoo added: “We deeply regret the death of Umesh.

“EEHV is very common among elephants, so most animals come into contact with it at some point and become infected. There is always a risk, especially for young animals, that it will suddenly break out. This affects both elephants in zoos and in wild populations.

“We thank the tireless efforts of the veterinarians, the curator and all animal keepers who have done everything they can to help Umesh.”

The zoo explained that up to two-thirds of all deaths in young Asian elephants in European and American zoos can be traced back to EEHV.

African bush elephants and Asian elephants are listed as endangered by the International Union for Conservation of Nature (IUCN).

Ivory trade, poaching and habitat destruction are the major threats to elephant populations.

Zurich Zoo opened in 1929. It is the third-oldest zoo in Switzerland.

It is situated at the Zurichberg, a wooded hill overlooking Lake Zurich.