Experts in China have unearthed what could be the world’s oldest human remains ever discovered that could date back as far as 331,000 years.

Experts in China discovered and restored what they and the international team they worked with said are at the very least the earliest human fossils with modern facial features ever unearthed in East Asia.

They might even be the world’s oldest archaic human fossils ever found, but further research would be needed to determine exactly how old they are.

The current official record holder for the world’s oldest human remains ever found goes to a discovery in Morocco that dated a skull, face and jaw bones to approximately 315,000 years ago.

At the very least, researchers said their discovery “proposes that the transition of human evolution from ancient to modern forms in East Asia occurred 300,000 years ago, which is 80,000 to 100,000 years earlier than previously known.”

In a statement released by the Ancient Spine Institute, Chinese Academy Of Sciences, the experts said: “Recently, a Chinese-foreign cooperation team led by researchers Liu Wu and Wu Xiujie of the Institute of Vertebrate Paleontology and Paleoanthropology of the Chinese Academy of Sciences published a research paper titled ‘Morphological description and evolutionary significance of 300 ka hominin facial bones from Hualongdong, China’ in the international academic journal, the Journal of Human Evolution.”

They said that the study demonstrated that “the faces of ancient humans in Hualong Cave 300,000 years ago showed mosaic morphological features.”

They added that apart from “some of the upper orbital and zygomatic features similar to mid-Pleistocene Homo erectus and ancient humans such as Zhoukoudian, Nanjing, Dali, Jinniushan, most of the facial features are located in the range of early-modern humans and modern humans.”

The researchers also restored human skulls found in Hualong Cave, subsequently showing that the appearance of ancient humans in the cave occurred approximately 300,000 years ago.

The statement said that the experts had been working to investigate and excavate the cave, which is located in Dongzhi County in eastern China’s Anhui Province, since 2013.

They found over 30 ancient human fossils including a “relatively complete skull fossil”.

They have also found “hundreds of stone tools” and a high number of “mammalian fossils and traces of cuts and slashes on the surface of animal bones”, which they said reflected the “survival behaviour of ancient humans”.

Explaining how that they dated the ancient human fossils, they said: “Through uranium dating, fauna composition analysis and stratigraphic comparison, the age of ancient human fossils is determined to be between 331,000 and 275,000 years ago. This is the mid-Pleistocene human fossil site with the most abundant human fossils found in China after Zhoukoudian, and contains evidence of human activities such as stone tools.”

Among the human fossils found in Hualong Cave, experts said they found a complete skull which still has all its facial bones.

They added that the study “used traditional morphological description, high-definition CT, multivariate statistics and other methods to conduct detailed morphological observation and measurement” of the skull.

They said that the research had shown that the skull belonged to “a young individual with a face similar to modern people”.

Thanks to the research they conducted, they were able to create a digital image showing what the person might have looked like.

They said that there was still a lack of consensus among paleoanthropologists regarding when exactly ancient humans transformed into modern humans in East Asia, and that further research was needed in order to be more specific.

The head researcher, Liu Wu, said the skull represents East Asia, based on its chronological data and “the large number of modern human features present on the skull”, among other factors.

This exciting new discovery appears to match up with other recent research, with experts saying: “The recent discovery and research of ancient human fossils in Africa has advanced the appearance of modern humans to 315,000 years ago.

“However, genetic studies have shown that the separation of the ancient human and modern human lineages occurred between 55-765 million years ago, suggesting that there may be members of the modern human lineage that have lived earlier, much earlier than the current human fossil evidence.

“In the future, more ancient human fossil discoveries and studies will further reveal the emergence of modern humans on the East Asian continent and clarify disputes related to the origin of modern humans.”

The research was conducted by experts from the Institute of Vertebrate Paleontology and Paleoanthropology of the Chinese Academy of Sciences, Xi’an Jiaotong University, and the University of Southern California. 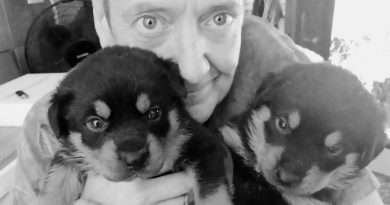 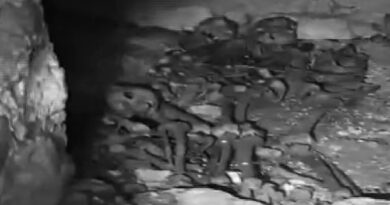 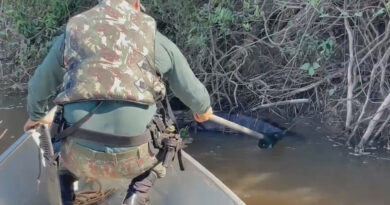