A city council bid to ban Madonna from the Eurovision song contest in 2020 has failed spectacularly as just one person voted in favour of it.

A far-right politician tried to have Madonna banned from the city of Rotterdam during the 2020 Eurovision Song Contest if it is selected to host the competition after she had one of her dancers wear a Palestinian flag at this year’s contest in Israel.

The Netherlands has been granted the right to host the 2020 contest after Duncan Laurence won this year’s event and the city of Rotterdam is one of the favourites to be selected.

This year’s Eurovision song contest in Tel Aviv is best remembered for the surprise performance from American pop star Madonna.

The lacklustre performance was slammed by pundits, with Piers Morgan writing “RIP Madonna’s career” and “cheer up Michael Rice, we may have come last but we were still better than Madonna” about Britain’s last-place finish in Tel Aviv.

Rotterdam City Councillor Maurice Meeuwissen of the far-right Party for Freedom (PVV) has now tried to ban Madonna from his city out of fear that the pop diva could make a comeback on the Eurovision stage.

Meeuwissen used the singer’s stunt at the Eurovision stage in Tel Aviv, where she had one of her dancers wear a Palestinian flag and another sport an Israeli flag, as a reason to have her banned from the city.

In his motion titled ‘Madonna Ban In Rotterdam During Song Contest’, Meeuwissen blasted the stunt with the Palestinian flag, writing that it is a “symbol of the subversion of the Israeli state”.

Meeuwissen added that “in recent years anti-Semitism has continued to rise in Rotterdam” and warned that another Madonna performance “could stir it up even more”.

He concluded that “with such actions, Madonna is a big risk for public order and safety” as he pleaded with the city authorities to “refuse Madonna access to Rotterdam during the final day of the song contest”.

While explaining his motion in a council debate, Meeuwissen said that there are “strong indications that the pop star will interfere again with the next edition of the song contest”, which is why he felt the need to stop Madonna.

Meeuwissen, whose Party for Freedom wants to stop immigration, ban the Quran and to remove the Netherlands from the EU in a so-called ‘Nexit’, painted a horror scenario of Madonna walking on the stage in 2020 while “waving an EU flag”.

However, his colleagues defeated his motion, with Meeuwissen being the sole representative to vote in favour.

It is yet to be seen whether Rotterdam will be selected as the host venue of the 2020 Eurovision song contest.

Although the city is among the favourites, it is facing strong competition from the city of Maastricht in the south of the Netherlands.

The cities of Den Bosch, Utrecht and Arnhem are in the race as well for the honour to become the host city of the contest, while the authorities of the capital city of Amsterdam have announced that they will not make a bid. 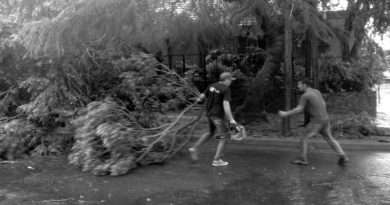 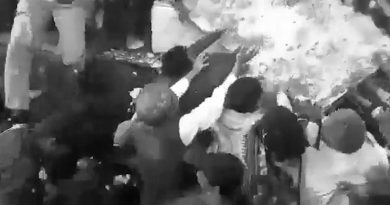 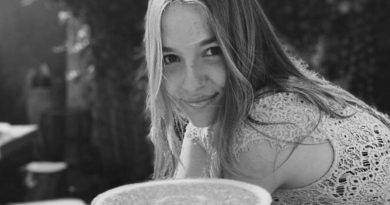