This footage shows a baby monkey clinging to its injured mum as she dies from an untreated wound as an onlooker films the scene.

The video taken in the village of Mayuan, which is in Gukeng Township in Taiwan’s western county of Yulin, was filmed in a mango grove on 8th June.

The infant, which is thought to be a Formosan rock macaque (Macaca cyclopis), was found desperately clinging to its mother’s chest as the adult lay injured on the ground, taking its last breaths.

Mayuan village chief Liu Yi-yue arrived to investigate and said he suspected the mother macaque had attempted to forage in one of the mango trees before falling due to an existing injury.

In the footage, the adult can be seen barely moving as flies swirl around its body.

The frightened infant stares at the arriving village onlookers and instinctively holds on to its mother for safety.

Tsai Chih-yan, a vet with the Gukeng Township Office, noted a serious injury to the adult monkey’s left hand.

He suspects the macaque died of sepsis due to the wound going untreated.

Members of the county Agriculture Department have removed the macaque’s carcass and taken the infant to an animal hospital for further evaluation.

Authorities said the infant appeared weak, but it is hard to determine how long it had gone without food or water.

The baby macaque will be thoroughly assessed before officials decide whether or not to release it back into the wild. 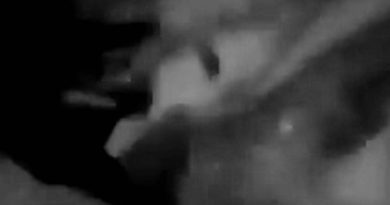 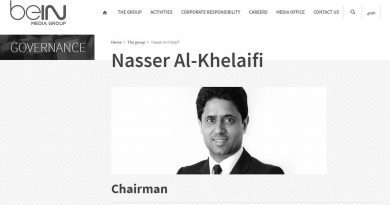 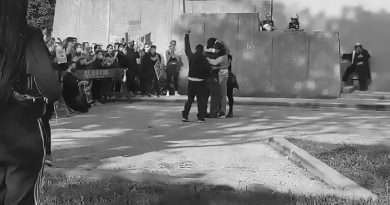