‘Terminator: Dark Fate’ star Natalia Reyes has said that she told off Hollywood legend Arnold Schwarzenegger for using too many water bottles on set.

The 32-year-old actress, who plays Dani Ramos in the latest film in the Terminator franchise, made the revelation on ‘The Juanpis Live Show’ on Colombian TV.

The gorgeous Colombian star said: “I reprimanded him because was drinking water from plastic bottles. We used way too much plastic in this production. That is why I believe in zero-plastic.”

The actress, who has been active since appearing as a child in Colombian TV shows since 1995, even gifted Arnie with a thermos hydration water bottle to help him cut down on plastic.

She said: “We believe there are certain people who should be put up on a pedestal or live in another world, but they are humans like everyone else with the same problems we all have.”

Ramos added that she spoke a lot with the former governor of California during filming and said “he is a person who loves to chat about politics and the environment”.

Regarding the use of plastic on set, the Colombian star said that she asked the catering team how many bottles were used during the six months of production and they said 1,200.

She added: “That is thrown away bottles, not recycled. We are talking about a lot of plastic during the filming.”

During the TV interview, Ramos also claimed that she recently acted in a miniseries for the Evangelical Church, but “never received a penny” after filming wrapped on the production. 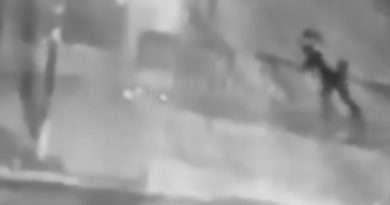 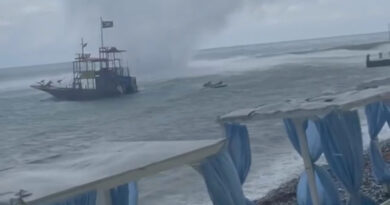 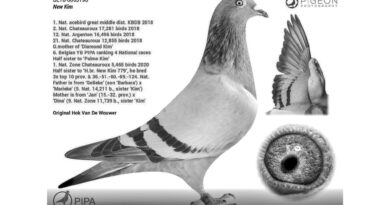