North Macedonia’s Prime Minister Zoran Zaev has been left red-faced after he was pranked by two Russian YouTubers who pretended to be a former president and a NATO official.

According to local media, Russian pranksters Vladimir ‘Vovan’ Kuznetsov and Alexei ‘Lexus’ Stolyarov made a prank call to the North Macedonian PM for their 92,000 subscribers on YouTube channel ‘Vovan222prank’.

During the call, the comedians pretended to be former Ukrainian President Petro Poroshenko and NATO Secretary-General Jens Stoltenberg.

After the prank call was uploaded to social media, Zaev held a press-conference where he reportedly stated he was the victim of a well-organised campaign to prevent North Macedonia from joining NATO.

According to local media, the PM claimed that media sources with anti-NATO sentiments are spreading “misinformation” to intentionally “discredit” the country’s ongoing process to join the intergovernmental military alliance.

Zaev also said that he is not the only politician to have been pranked by the Russian YouTubers and that previous ‘victims’ include NATO Secretary-General Jens Stoltenberg, British Conservative Leadership candidate Boris Johnson and pop icon Elton John.

The PM also claimed that the video contained “serious interventions” in the part about the autocephaly of the Macedonian Orthodox Church where it was made to appear like he bribed the Patriarchate, according to reports.

He also apologised to the public for the media scandal that followed the prank call. 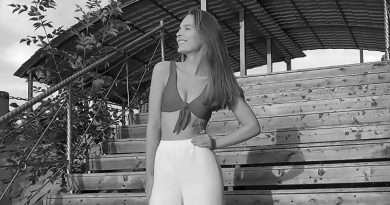