The remains of hundreds of horses that died trying to find water during one of the worst droughts in Argentina’s history – that was even mentioned by Charles Darwin in one of his books – have been found near a riverbank.

The remains belong to hundreds of horses hit by what is known as the ‘Gran Seca’ (‘Great Drought’) that mainly affected central Argentina 200 years ago and was mentioned in English naturalist Charles Darwin’s book ‘The Voyage of the Beagle’, which was published in 1839.

Roberto Steiven, Ricardo Pereyra and Bibiana Ferreyra were working on a private ranch called Estancia La Paz, owned by the Carneiro Andrade family for decades and located a few miles from the town of Doyle in the Argentine province of Buenos Aires, when they found horse bones near the Arrecife River, which had a low water level due to a lack of rain in recent months.

They called the Paleontological Museum of San Pedro and a team of experts, including Jose Luis Aguilar, who is also the museum director, Julio Simonini, Matias Swistun, Walter Parra and Mariano Parra went to analyse the remains.

The museum director told Real Press in an interview that the horse remains were found in an area around 130 metres (426 feet) long with a depth of about 80 centimetres (2.6 feet). The remains were of horses of different ages and sizes.

Aguilar said that it “revealed an overwhelming amount of death” as there was no specific pattern to the bones, and neither were there any signs of a predatory attack.

He added: “There was a large number of bones spread over dozens of metres along the riverbank, as if those animals had stepped on one another in a rush to get to the river.”

Aguilar explained to Real Press that those horses, which are the same species as those introduced by the Spanish conquerors after the arrival of Christopher Columbus, had a habit of going back to the same place in search of water every year.

It is still unclear if they were wild or domesticated horses, but according to Aguilar, there were big farms in the area with a lot of cattle so those “animals could have been breeding without the control of the farmer. So they had an owner, but they were, to some degree, wild, especially the horses”.

He added: “It is believed that they travelled in groups and when the first part of the group arrived at the river, which was dry due to the heavy droughts happening at the time, they became stuck in the mud, struggling and dying while trying to reach the small amount of water that might have been there while also being stepped on by other horses arriving behind them.”

Aguilar said: “It was not the big changes suffered in the Ice Age that took place between 20,000 and 30,000 years ago, but it caused a temperature decrease in a global sense”.

Aguilar told Real Press: “It was a consequence of the Little Ice Age, when central Argentina was hit by strong droughts.”

According to records, central Argentina turned into a very dusty area with only the main rivers still carrying water, such as the Parana River. It was difficult to find water and there was hardly any vegetation anywhere.

That sudden change in climate was noted by English naturalist Charles Darwin in ‘The Voyage of the Beagle’ published in 1839 some 20 years before ‘On the Origin of Species’ was published in 1859.

Darwin wrote that a farmer told him that deer commonly appeared on his property to drink water from a well that he built to provide water for his family so “they compete with the animals for a bit of water”.

In the book, it is said that thousands of cattle fell into the Parana River and, exhausted and starving, they were unable to climb back onto the riverbanks and drowned.

It is also said that the “cattle were so thin and weak that when they found water in a river, they jumped into it and they were so weak that they were unable to get out after and drowned.”

Aguilar speculated that “it must have been a shocking spectacle, hundreds of dead, putrefied animals floating in the river”.

It is unclear how many animals died, but according to Aguilar, the records state that one farmer, who originally had 20,000 animals, did not have anything left at the end of the drought.

Aguilar said that this discovery, which is historical rather than paleontological, is important because the large number of animals gathered in the same place allows researchers to analyse their background, group, ages and what happened to the animals from their deaths to the moment they were discovered.

The museum director also said that the “planet makes these changes, which are normal, climate change is normal, and when the planet changes to an unfriendly climate for human beings, we should not contribute more to those conditions because we are going to have a very bad time.

“We need to be aware that we should take care of the environment more so we do not put more fuel on the fire.” 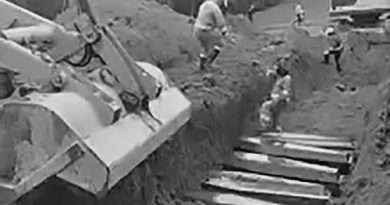 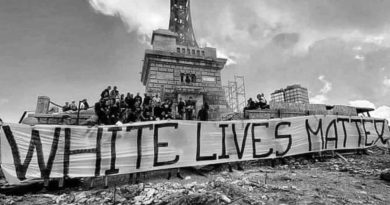 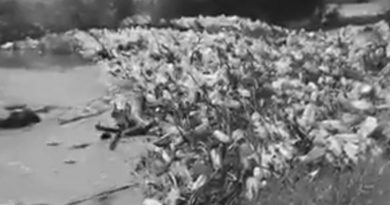