This rare American snapping turtle with jaws which can break broom handles has been found in a French park.

The alligator snapping turtle (Macrochelys temminckii) was spotted on Tuesday 28th April by a man in the Vaugrenier departmental park in the Alpes-Maritimes department in southeast France, the first time the species has been spotted in the department, according to local media.

The man who spotted the animal then called Patrick Villardry, the former president of the Society for the Defence of Animals, to give him the turtle.

Villardy then picked up the animal and took it home in the boot of his car to be professionally examined, according to reports.

Local media report that the species, considered ‘Vulnerable’ by the International Union for Conservation of Nature, is classified as dangerous in France.

Villardry says: “It cut the handle of a broom with its sharp jaws. It’s a monster!”

He told Newsflash: “It’s a very rare, very dangerous species that dates back to the dinosaurs. It is unknown in the Alpes-Maritimes department. It didn’t belong there.”

According to Karim Daoues, manager of the Ferme Tropicale in Paris, the animal weighing about 15 kilogrammes must be about 20 years old.

He says: “It’s not very fast. But its neck is very relaxed. In the water, it usually only attacks its usual prey.

“Outside, it can be very aggressive. Its bites are severe and it blows at the same time, which is impressive. The oldest ones can reach up to 100 kilogrammes.”

Villardly told Newsflash: “It only lives in freshwater and only comes out once a year to lay its eggs.”

The animal has probably been abandoned by its owner and has been temporarily entrusted to Villardry, who has the documentation to allow him to keep it, according to local media.

The decision was taken in consultation with the Departmental Directorate of Veterinary Services and the National Hunting and Wildlife Office.

Villardry explains that the turtle should then join a “marine zoo”.

Another specimen was discovered years ago in the lake of Saint-Cassien in the Isere department in southeastern France, according to a local media report.

The turtle is native to North America. 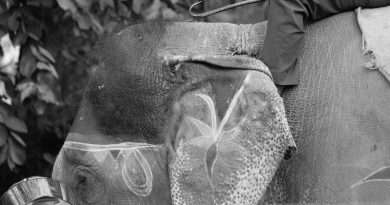 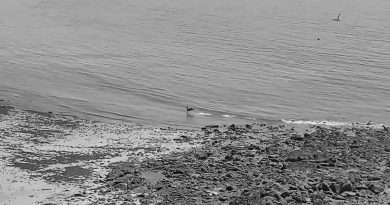 Deer Runs Across Empty French Beach For Swim In Ocean 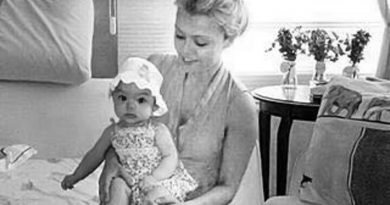