These are the startling photos of an owl that was hit by a car and ended up stuck in the bumper for 12 hours before finally being noticed by the driver.

The incident occurred in the city of Novi Sad in northern Serbia, when the man, identified as Sasa Surovi, hit the bird without noticing and found it the next morning stuck in his bumper.

After being hit the owl was reportedly driven 10 kilometres (six miles) and spent 12 hours stuck to the vehicle in a car park.

Sasa and his wife Vera tried to release it but were afraid of doing more damage to the bird.

He told local media: “The owl was terrified and at first we started to cuddle it in order to calm her down.”

“It looked at us sadly while we were trying from all sides to release its leg and part of the wing. However, we did not know if it was hurt and we did not want to risk injuring it even more, so we called for help from vets and mechanics.”

Images show the owl with its wings spread and stuck to the grill of the car.

They were told then that the vet would not be coming for that kind of thing and so they asked for help from the Society for the Protection and Study of Birds in Serbia.

After calling them, they were told that as soon as they had someone free, they would send them for the bird, but Sasa did not want to wait.

He called a mechanic, named Djole, who agreed to help and managed to release the bird.

The Society for the Protection and Study of Birds in Serbia said that the owl was well and that it only had a small injury to its wing, and its stuck leg was not injured.

Members of the society will take the owl to a recovery shelter and it will then be transferred to a zoo to complete its recuperation before being released back into the wild.

Netizen ‘Ljubicica’ commented: “I send love to the owl and wish it a quick recovery!”

To find out more about the author, editor or agency that supplied this story – please click below.
Story By: Angjela Trajkovska, Sub-Editor:  Joseph Golder, Agency: Central European News 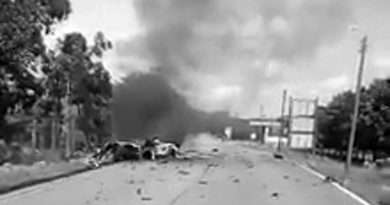 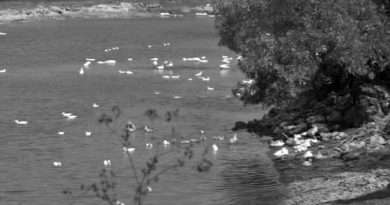