This is the moment Chilean naval officers rescue a dog that had fallen in the sea during a period of heavy storms – and they hope its owner does not come forwards because they “have grown attached to it”.

The incident took place in the Bay of Talcahuano in the province of Concepcion in the central Chilean region of Biobio when a naval patrol was heading back to base.

Navy spokesperson Federico Cavada confirmed to Newsflash: “We were going back to the port in Talcahuano when, near the Belen lighthouse about two kilometres from the dock, one of our team spotted a dog swimming in the middle of the bay!

Naval officers on board the ‘Chacabuco’ took part in the rescue and managed to lift the dog on board the vessel from the chilly waters, as seen in the video.

The dog was reportedly bathed in warm water and wrapped in a blanket to prevent it suffering from hypothermia.

Navy officials also fed the animal and contacted a vet to check it the following day.

The Chilean Navy said the dog is recovering well.

If the pooch’s owner does not come forwards, navy officials hope it will stay with them.

Yuivar said: “We hope we can adopt it because we have grown attached to it.”

It is unclear how the dog ended up in the bay, although the region has been affected by heavy storms recently and it is possible the animal was swept out to sea after falling in the water. 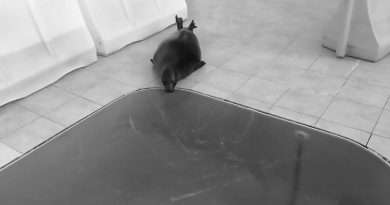 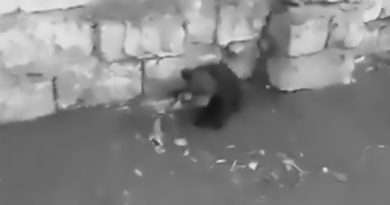 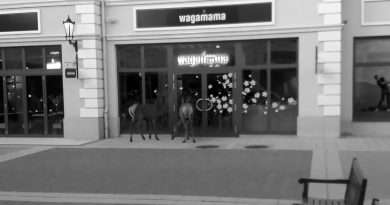