This journalist and politician who were political prisoners have been released from a Venezuelan jail just one day after an alleged parliamentary coup d’etat.

Medina was put in prison on 29th August in 2018 by the Venezuelan intelligence agency, the Bolivarian Intelligence Service (SEBIN), after he reported on a hospital crisis happening in Venezuela. However, he was kept in prison for allegedly instigating hate and criminal association.

Boulanger was put into custody on 11th May of last year for reportedly supporting an alleged military uprising led by former acting President of Venezuela Juan Guaido Marquez, 36.

Local media report the two were released after prolonged talks for their freedom between the government and the opposition party along with non-governmental organisation (NGO) Foro Penal.

Foro Penal is a human rights organisation that provides free legal coverage to people that are arbitrarily imprisoned, tortured, assaulted or murdered in protests.

“Especially Human Rights Watch, the United Nations and Foro Penal. They are the ones I recognise that actually intervened to help for my release.”

Medina finished his statement with a message for the Venezuelan people saying: “I say to all Venezuelans. Keep fighting for the freedom of the country.”

Local media report Medina and Boulanger were included in a list of 14 names of people who were expected to be released from prison, however, it is unclear if the others have been released.

The release of the two men comes just one day after Venezuelan politician Luis Parra was sworn in as the Parliamentary President without the necessary quorum which Guaido, who held the position before Parra, has called a “Parliamentary coup d’etat”. 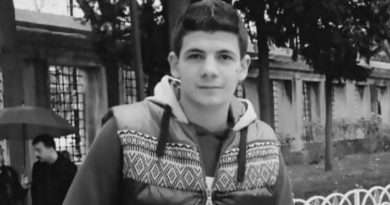