A nun believed to be Europe’s oldest woman who has just celebrated her 116th birthday says prayer makes her happiest, although her fondest memory was the moment that her two brothers returning safely from World War I.

Sister Andre – whose real name is Lucile Randon – has been a nun since she was 41 and is not only the oldest woman in France, but possibly the oldest in Europe.

She lives in the Ephad Sainte-Catherine Laboure in Toulon, in the southern French Var department in the Provence-Alpes-Cote d’Azur region.

She is now confined to a wheelchair but this does not seem to get her down as she said that “I can still pray”, which is what makes her happiest.

As part of the birthday party, she has been gifted with plenty of songs sung by children at her party.

She said: “I have seen beautiful things, and I have seen very sad things”. Of all the sad things she has witnessed, seeing abandoned children was the saddest. “

Congratulated by the Mayor of Toulon Hubert Falco, who told her that she was “the Dean of the French” Sister Andre replied that she was even “the Dean of Europe.” No official body awards the “title” of “Dean of France”.

In Christianity, a Dean is a religious figure such as a cleric that holds a position of authority in a religious hierarchy.

Last year, on the occasion of her 115th birthday, she said: “115 years is enough, I hope the Good Lord takes me this year.” 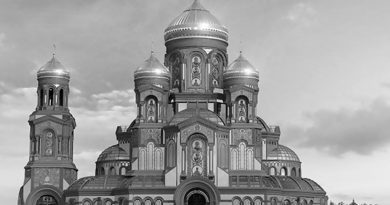 Putin To Train Up Warrior Priests At Army Megachurch 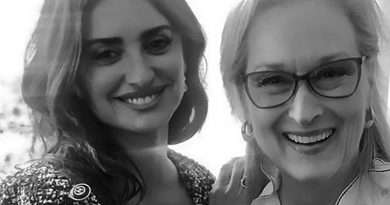