A Dutch court has ordered Ryanair to pay out millions in damages to eight pilots who were sacked for staging a strike.

The court in the city of Den Bosch in the southern Dutch province of North Brabant has ruled in favour of eight pilots in their case against Ryanair.

Ryanair argued in court that they were forced to close the base for economical reasons, although the judge called that argument “unbelievable”.

In the ruling, the judge also found that Ryanair created an “unworkable situation” and “seriously disturbed employment relationships” by forcing staff to work from other bases in the Ryanair network as “mobile pilots”, far from the Eindhoven area where they lived.

Dutch pilot union VNV said that it was pleased with the ruling although it expects the airline to appeal.

Last year, Ryanair officially filed for the collective dismissal of all its Netherlands-based personnel with the Dutch Employee Insurance Agency (UWV), an autonomous government administration that handles unemployment benefits.

The application was submitted after staff refused to be ‘voluntarily’ relocated to bases as far-flung as Morocco and Belarus when Ryanair closed the Eindhoven base on 5th November 2018.

According to the unions, Ryanair decided to close its Eindhoven base and dismiss their Netherlands-based employees as a retaliatory measure after pilots went on strike in early October for two days.

A VNV pilot union spokesman said: “The goal was not higher wages or more days off, but a change in culture and a guarantee of basic rights for employees in accordance with Dutch standards.

“Ryanair has to stop with the divide-and-conquer culture, and has to respect employee’s fundamental rights. However, our actions have made Ryanair decide to close its Eindhoven base.

“That means that the pilots are being forced to move to southern or eastern Europe or even to North Africa.”

Ryanair is still operating flights to and from Eindhoven airport, although these are now reportedly operated by cabin crews stationed at bases in countries with less restrictive labour laws.

13yo Girl Pregnant By 10yo Boy Wants To Keep Baby 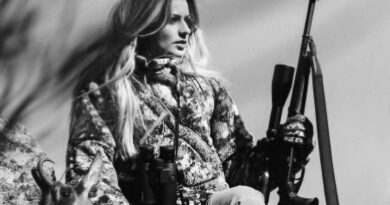