Scientists have discovered not just one but 44 new species of moths which is the most recorded in a single study since 1887.

The remarkable voyage of discovery which lasted five years and took the team all over the world started after DNA and other tests confirmed a new species, which was then found to have relatives who had to be reclassified. Material for the report was gathered in numerous museums from London and Paris to Budapest.

The 44 new moth species now confirmed began with the discovery by Austrian scientists from the Tyrolean State Museum in Innsbruck in the western Austrian state of Tyrol and the Zoological Museum at the University of Copenhagen in Denmark.

According to the museum, all of the newly discovered species belong to the Gelechiidae family, commonly referred to as twirler moths, and the Megacraspedus genus.

In addition to classical methods of determining species like colour, markings and anatomical features, the latest genetic methods have also been used so genetic fingerprints for most of the species have been made in the form of DNA barcodes.

Their wing span ranges between eight and 26 millimetres (0.31 inches and 1.02 inches) with plain colours.

Twenty two of the species were discovered in Europe, with scientists saying it is the most extensive discovery of moth species in a single study since 1887.

According to local media, naming the species proved difficult as there were many species and they took inspiration from the names of regions where they were discovered or the shape they were associated with.

New species “Megacraspedus teriolensis” was named after the state of Tyrol where it was discovered.

The species found in Afghanistan were named – “Megacraspedus armatophallus” (derived from “armed phallus”) because it reportedly resembles a revolver and “Megacraspedus pacificus” as a peace-bringing message.

“Megacraspedus feminensis” was named after the female sex as only females have been found so far.

Study authors Mag. Peter Huemer, curator of the Natural History Collections of the Tyrolean State Museum and Ole Karsholt of the Zoological Museum at the University of Copenhagen said that the diversity of newly discovered moths in such a well-researched region of the Earth is sensational and comes fully unexpectedly.

For them, the discover is evidence that despite the dramatic declines of many insect populations, the basic recording of biodiversity is far from complete.

To find out more about the author, editor or agency that supplied this story – please click below.
Story By: Aleksandra Stefanova, Sub-Editor: Joseph Golder,  Agency: Central European News 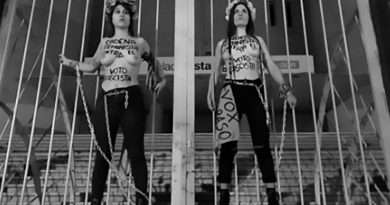 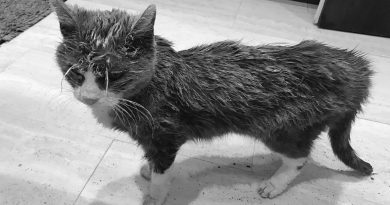 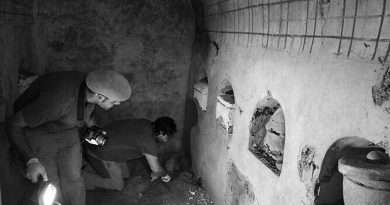