The parents of a dying baby in Germany are appealing for donations towards a 2-million-EUR life-saving injection to cure the tot’s rare condition.

Baby John aged just 7 months old, from Sebnitz, a town in the Sachsische Schweiz-Osterzgebirge district, in the Free State of Saxony, Germany, suffers from spinal muscular atrophy , which causes the loss of muscles leaving babies without the power to breathe.

The only thing that can save John is an injection of the new Zolgensma medication which costs 2 million EUR (1.7 million GBP) per shot.

John is currently in hospital in Dresden where his blood results are poor and he was admitted at the weekend after his body became so weak he was no longer able to exhale sufficient quantities of carbon dioxide from his lungs. The oxygen saturation levels in his blood were too low.

Mum Jana, 30, said: “It is horror for us, our lawyer called us and told us the insurers are being difficult. They even claimed they dint know he was suffering from SMA. I am so angry, I am receiving money from them and he is in therapy in hospital.”

Without treatment, the life expectancy of a baby with spinal muscular atrophy type one is around 18 months old.

John’s mum Jana, 30, said: “Added to our worries is the fact that this week we received a letter from our health insurers who we had requested they pay the costs of the treatment and they said that we would have to send more documents and doctor reports, which they have had for ages. It is unbelievable. The insurers are playing for time and we don’t have time.”

The family are still hoping their health insurers AOP Plus will step in and pay for the treatment as was a recent case for another German baby called Michael in Baden Wurttemberg where the baby is now making great improvements since being given the medication.

Lawyer Johanner Kaiser, 42, is dealing with the health insurer and hoping to persuade them to take over the costs as they did in the case of baby Michael.

If the costs are met by the insurers, the money raised will be donated to charity to help others suffering similar conditions.

Just last month, the parents of one-year-old Michael, Marina and Oleg, from Ludwigsburg in the southern German state of Baden-Wuerttemberg fought for their child to be given the life-saving drug which can cost 2.1 million EUR (1.85 million GBP) per injection.

Michael was born a healthy baby, but at just six weeks old his parents noticed he was dropping his arms abruptly and looked very powerless. Just one day later they were given the devastating diagnosis and doctors warned Michael may not live to see his second birthday.

The only hope was a life-saving injection of a drug called Zolgensma developed by Swiss drug giant Novartis, which had only just been approved for use in the USA.

The devastated parents started a fund-raising campaign called ‘Help Michael’ to raise funds for the medicine. A total of 1.3 million EUR (1.15 million GBP) was raised by donors from around the world.

Then following appeals by the parents the child’s health insurance company approved the family’s hardship application and confirmed they would pay the costs of the drug.

Michael has now been given the injection.

In an emotional posting on social media, Michael’s parents wrote: “If you firmly believe in something and fight against it, then it will eventually be true with your support, your strength, prayers and your faith in miracles we have done the impossible – Michael got the life-Saving Infusion today. At the beginning, we were few. But with you we became more and more daily. Your support gave us more confidence with every hour and every day. You guys gave Michael muscles and keep us the strength to continue – until the great goal… until today. Because today Michael is allowed to celebrate a new birthday. In deep gratitude, your Michael, family and friends.”

Since being given the injection, Michael has returned home and it is hoped he will now live a normal life. All children treated with this drug in the USA survived and were able to develop their muscle usage and develop new motor skills.

The donations which were collected by the Deutschen Muskelhilfe (German Muscle Help) are now to be put to use helping others. 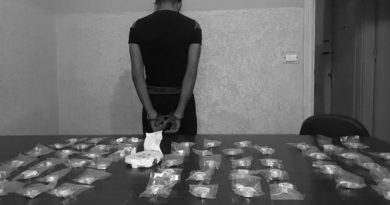 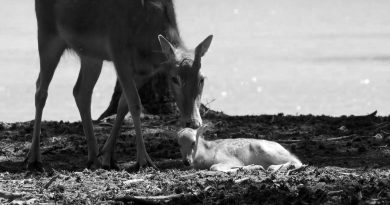