Remarkable research over the last four years to create the first ever ‘map’ of the squid brain could have far-reaching consequences for technologies ranging from computer vision and soft robotics through to disaster relief and “swarm robotics”.

Newsflash has interviewed one of the scientists who has been using MRI technology in groundbreaking research that could unlock many secrets such as how they perform the incredible task of camouflaging themselves.

Dr Wen-Sung Chung told Newsflash he also wants to do away with pop culture claims of “alien intelligence” often encouraged by the scientific community, for example in the paper titled: “Cause of Cambrian Explosion – Terrestrial or Cosmic?”, published in ‘Progress in Biophysics and Molecular Biology’, that raised questions about octopuses, and whether life on Earth originated on a comet from outer space.

Its publication sparked headlines like “Are octopuses aliens from outer space that were brought to Earth by meteors?”

Both squids and octopuses are cephalopods and invertebrates and both have eight arms and unlike other molluscs neither has a shell, and both are little understood.

Dr Chung, whose focus has been on squid brains, said the reality is that the scientific secrets locked away inside these “unique creatures” that are “masters of camouflage” have only just begun to be explored and the lack of knowledge has led to misunderstandings.

Dr Chung is leading the charge after having spent over four years building an MRI machine that is five times more powerful than the ones hospitals use so he could map octopus brains.

He said that many fields could benefit from their research into giant squid, from disaster relief to “swarm robotics”.

Dr Chung and Professor Justin Marshall of the University of Queensland’s Brain Institute in Australia completed the first detailed MRI scan of a squid’s brain to create a map of its neural connections and the result of their 4 years of research was published as an article in January.

Dr Chung had said it was the first time new technology had been used to do this and they found 145 new neural connections and pathways, 60 percent of which are tied into the animal’s vision and motor functions which in turn are believed to control movement and camouflage.

He said some cephalopods have over 500 million neurons. In comparison, rats have 200 million and regular molluscs about 20,000. He said it made octopuses similar to dogs. As a point of reference, humans have about 86 billion neurons in their brains.

Newsflash have now interviewed Dr Chung, the main researcher who worked on the project. His ongoing work is geared towards “providing the first modern neuroscience foundation” to do away with “emotive and anthropogenic claims of ‘alien intelligence’.”

When asked what he hoped the research would uncover, Dr Chung told Newsflash: “Advanced molecular tools and imaging techniques have been largely developed for vertebrate animals, and we basically adapted the ideas and techniques from “mouse brain research” with lots of modifications to make the first high res squid brain imaging work. This took me about 4 years from scratch to this first publication, the first mesoscale cephalopod brain map.”

He mused: “Frankly, it feels like that we finally have an early stage of “Google Maps” and this cephalopod brain map allows us to navigate the complex brain lobes of these soft-bodied creatures with solid background knowledge.

“Our study provides the first modern neuroscience foundation to map the cephalopod brain in far greater detail than previously achieved. This ‘circuit diagram’ of the cephalopod brain is a basis to predict potential function and leads to a better understanding of the complex visually-guided behaviours that we see and possibly over-interpret.

“Along with this neural circuit map, many of the hypotheses about cephalopods’ visual capabilities can be further tested (such as the neural circuit for the counter-shading camouflage we proposed in our squid paper as well as existence of the “somato-sensory arrangement” in the cephalopod brain). […]”

He added: “Uncovering how the cephalopod brain works is essential if we want to understand how these creatures are able to adopt so many unique life strategies and how these could be explored for bio-inspired technologies (eg. Computer vision and soft robotics).”

Dr Chung said: “This group of visual predators seems to only rely on polarisation vision (ed.: the ability of animals to detect oscillation of the electric field vector of light and use it for behavioural responses). How they became the master of colourblind camouflage or how they coordinate so many neurons/reactions in such a short time remains largely unknown.”

When asked to describe himself and explain how he came to undertake this research project, he said: “I have a long track record in cephalopod biology, as a taxonomist, visual neuroscientist, and as a deep sea biologist.”

He added: “My PhD focused on the visual system of cephalopods, including Australian coastal and deep-sea species from different regions of the Pacific Ocean”, adding that it “allowed me to develop many skills and techniques.”

Speaking about the technology he has developed, he said: “Since my PhD, I have pioneered new protocols in magnetic resonance imaging (high res 16.4T MRI, not the medical 3T MRI for humans) for cephalopods and fish, particularly aiming to investigate non-invasively those rarely-caught deep-sea specimens (such as vampire squid, and several tubular-eye deep-sea fish species).

“This has deepened our understanding of morphological and functional adaptations of the visual system in the marine environment and shown ecological links to ambient light and behavioural tasks.”

Dr Chung added: “Cephalopods like giant squid and octopuses capture the imagination. They can apparently solve complex tasks, are masters of camouflage, express emotion, drag ships to the depths, predict football results, and their cognitive ability is said to approach that of a mammal.

“But do they? Which of these abilities are real?”

He said that cephalopods, “the most complex of all invertebrates, have 500 million neurons” in their brains, which is “as many as a dog.”

He added: “The neuronal number does not necessarily equate to intelligence but the apparent behavioural complexity of the octopus has fired recent debate and interest […].”

He added that despite intense interest in their cognitive abilities, their large-sized, complex nervous system is an “elephant in the room” when it comes to knowledge gaps with, most work on their neuroarchitecture and function dating back over 50 years.

He also said that the lack of “knowledge of the underlying neural network in the cephalopod’s nervous system could lead to anthropomorphic speculations of the complex cognitive tasks octopuses perform resulting misconceptions around these unique creatures.”

He also said he had not seen the giant squid episode in the new Twilight Zone television series and had “no comment” on the matter.

Asked about how the research could be used in future technologies, Dr Chung said there could be a wide range of applications, from automating the assessment of wreckage damage after natural disasters like earthquakes to benefiting “mobile robotics, especially with respect to multi-agent systems, soft-bodied autonomous robotics and swarm robotics.”

The team are currently looking into how different cephalopods evolved to have different subcategories in their brains.

Dr Chung’s and Professor Marshall’s original research on this subject was first published in an article called ‘Toward an MRI-Based Mesoscale Connectome of the Squid Brain’ in iScience on 24th January 2020. 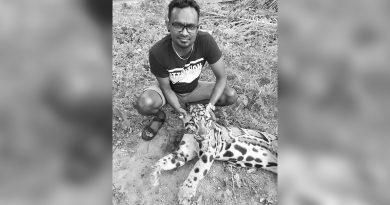 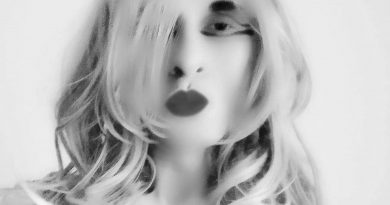 Trans Woman Sues Neighbours Who Banned Her From Own Home 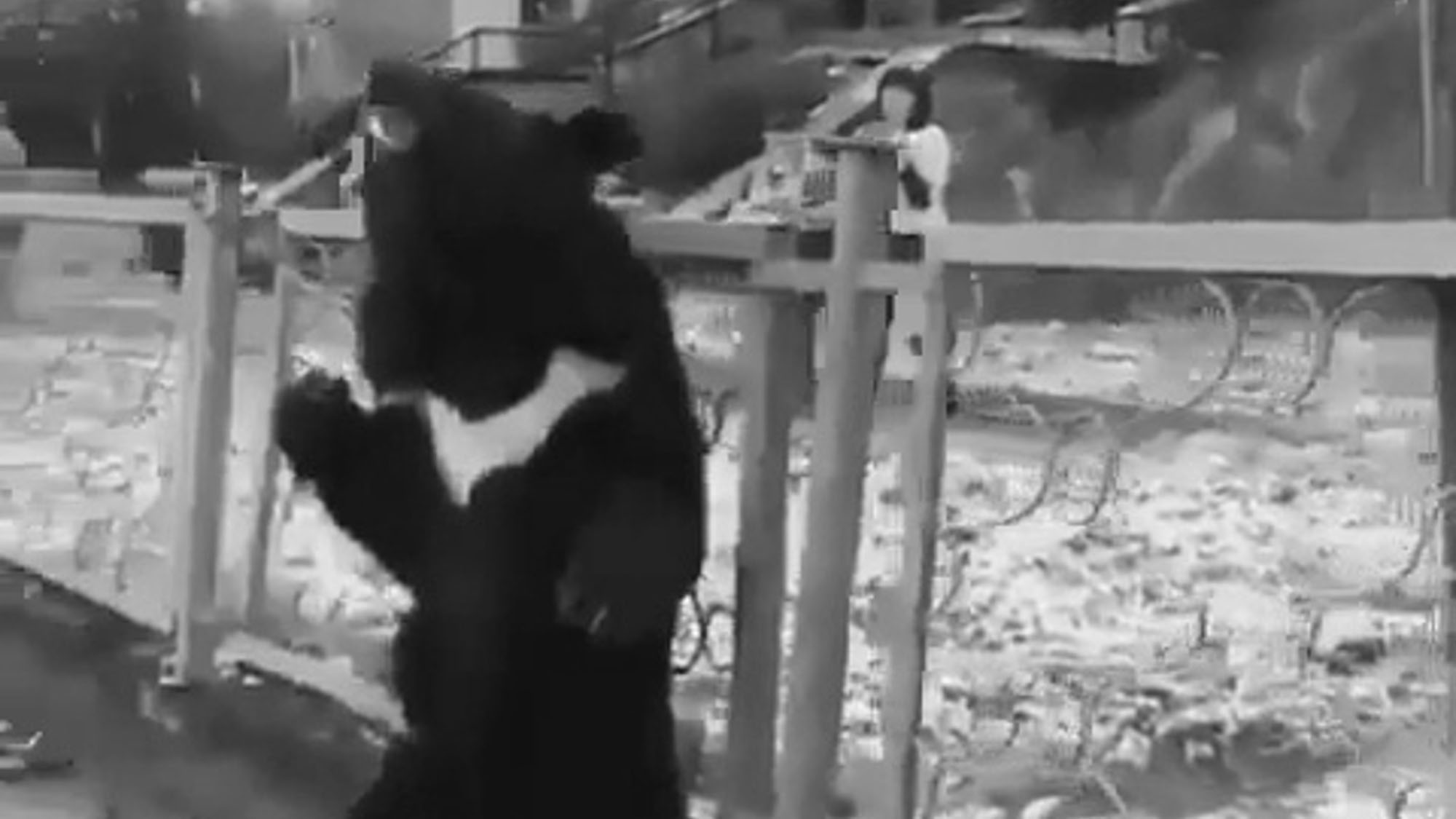