Spanish zookeepers have stepped in to hand-rear two baby porcupines after their mother abandoned them.

The two little South African porcupines, also known as Cape porcupines, were born at Valencia Bioparc in the Spanish city of Valencia

After their mother failed to take care of them, zookeepers stepped in to hand-rear the cute little porcupettes, which need feeding every two hours, both day and night.

Valencia Bioparc said in a statement on 12th July: “The situation is still very delicate because the feeding is being done ‘by hand’ by the technical team using mini-bottles every two hours, day and night.

“With a length of up to 80 cm and a weight of up to 25 kg, the South African Porcupine (Hystrix africaeaustralis) is tremendously striking not only for being the largest of this type of rodent, but also for the spectacular armour it displays as its entire body is covered in quills.

“Valencia Bioparc is once again lucky to experience the birth of two beautiful offspring of this peculiar species. Both pregnancy and birth went normally, but during the close monitoring by the care team, it was confirmed that the female was not attending to them, so it was necessary to intervene.” 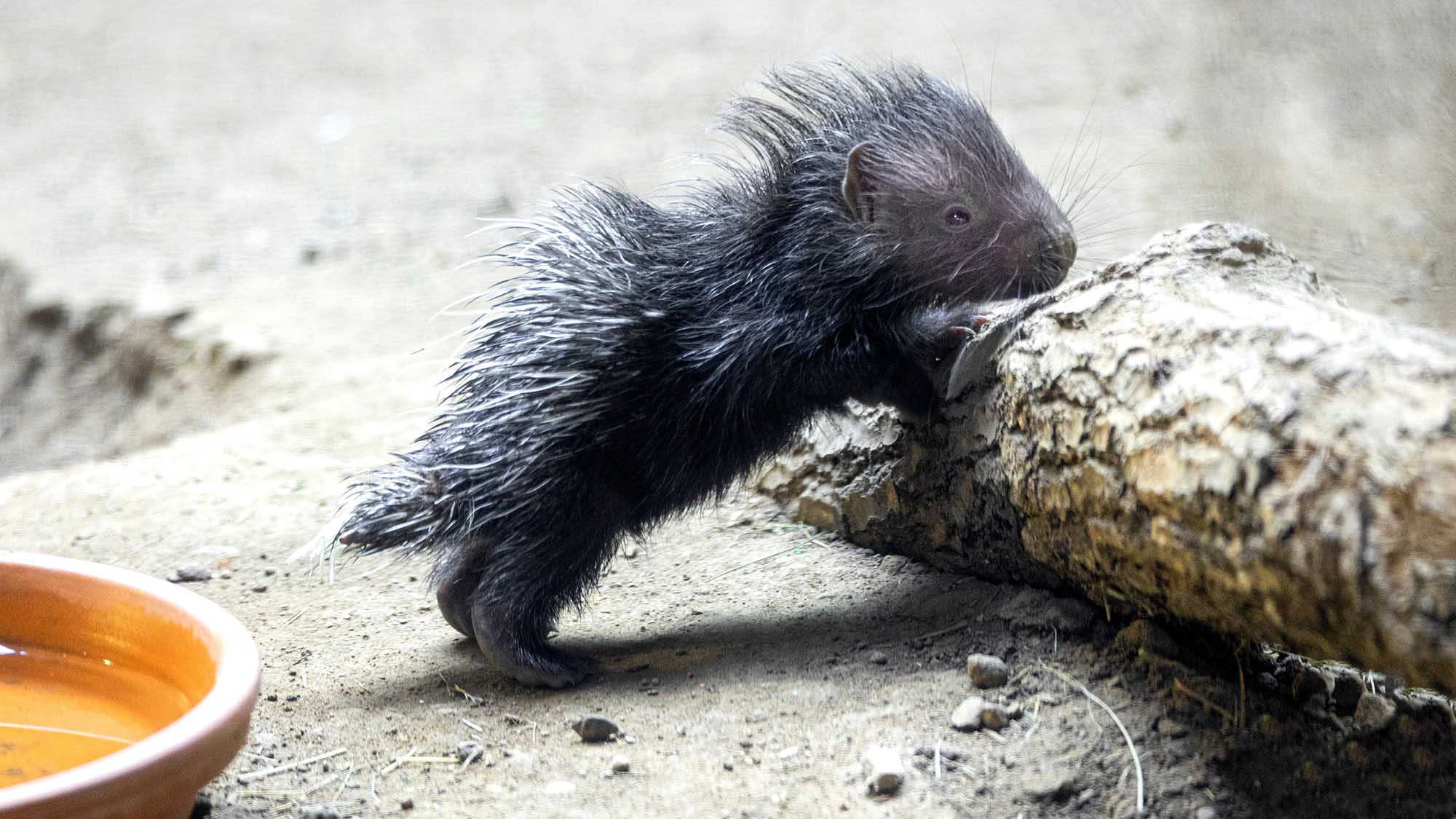 This adorable baby porcupine has been born at a Swiss zoo where he has been exploring his surroundings with caring family members. Wakili the cute porcupine was born at Zoo…

The Spanish zoo continued: “Now, intense work begins to provide them with the maximum welfare and try to save them through a complicated ‘hand’ rearing process, as at the beginning they did not easily accept this feeding.

“Every two hours it is essential to provide them with necessary nutrients using ‘mini-bottles’ and this process is carried out both at day and night.

“Despite the delicate situation, the porcupettes are beginning to gain weight and an action protocol has been established with professionals to attend to and monitor their progress.

“Their parents are Pincho and Pincha, who just a year ago had their first porcupette, Tapa.”

The statement added: “They are born covered in hair and the keratin barbs gradually harden until they reach a length of 40cm. This intimidating armour allows them to defend themselves against predators by bristling their dangerous quills and showing them by waving their tails and emitting a clear growl.

“They live in burrows and sometimes take advantage of other animals’ burrows, as can be seen at Valencia Bioparc, where other South African porcupines inhabit an aardvark burrow in the savannah.

“They are included on the Red List of the IUCN (International Union for Conservation of Nature) and although their population is stable, the main threat is loss of habitat and persecution by humans, as they are considered harmful to agriculture.”