This man with tattoos covering 75 percent of his body – including his eyeballs – claims his mother had to see a psychologist after seeing his first face tattoo.

His name is Ricardo but he is known as ‘El Calaca’ which translates to ‘skeleton’ and he lives in the Mexican city of Ecatepec in the state of Mexico.

He was recently interviewed by popular Mexican YouTuber known as ‘Yulay’ where he talks about how people react when they see him in the street and how it’s affected his life.

He admitted to not knowing the exact number of tattoos that he has because he “lost count” but claims to “have 75 percent of my body tattooed.”

When asked about his most eye-catching body modification which is his sclera (the white outer layer of the eyeball) tattoo, he said “they used injections” to spread the ink around his eye and needed “six shots per eye.”

Ricardo said his mum was not too pleased when she saw his first face tattoo and needed time to assimilate. He said: “The first day I got home, my mum told me I was not her son.

“She is not one to put up pictures around the house and that day she put one up of me without the face tattoo.”

He said it was then that he realised she was serious and added: “From there I realised she needed a psychologist. She took three or four months before she understood I am her son. After that, she got on board and encouraged me.”

His girlfriend, who “knew me before I got the face tattoos”, was always supportive claiming that “she even says I look more handsome.”

Despite strange looks, being denied service at establishments and “stopped by police seven or eight times per week”, Ricardo says “you get used to it” and that “I have art on my skin, that is all.”

Ricardo went on to say: “Kids ask me for pictures, smile with me and play. They are not scared of all this, it is something new for them. It is very nice to feel that.”

Due to all of his body modifications, Ricardo says “it is really hard to find a job” but finds jobs as an actor and also works as a tattoo artist. He plans to continue tattooing his body. 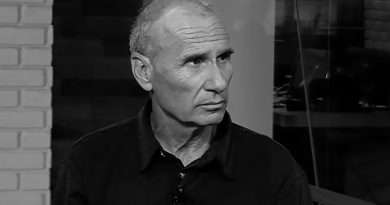 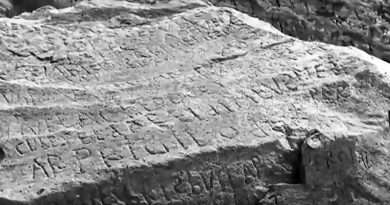 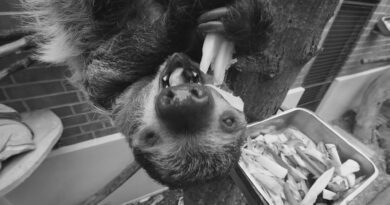