An Israeli nursery has been slammed after reportedly retracting a spot for a four-month-old baby after the management discovered the tot’s parents were gay.

Father Elad Musaev Kazaz made the accusations against the nursery in the city of Ramat Gan on the outskirts of the Israeli capital Tel Aviv in an interview with Israeli TV’s Channel 12.

Kazaz said when his unnamed son was four months old he applied for a spot at the nursery, telling management he was worried about not having a place for the following year.

He said the nursery, which has not been named in reports, told him they were “saving him a spot”.

Two months after he first made content, Kazaz said the nursery then began asking questions about his son, with him telling them the tot had been in the United States through surrogacy.

He says he told the nursery’s female director that his son had two fathers, which appeared to take her by surprise.

The director then reportedly told him: “So I’m going to share this with you, heart to heart. I’m a person who is religiously observant.

“I need to digest the fact that we’re talking about two fathers.”

When the father asked if the nursery itself was religious, the director reportedly told him it was not, but the staff there are “and I myself need to see about this and digest it”.

The manager reportedly went on to say she could not continuously talk to men as she is a religious woman, with the father saying he found that “a little hard to believe” as “we’ve been talking for two months already”.

He went on: “I’m telling you that I need a spot at the daycare, and today I came to register and I can’t because all of the sudden you understood that we’re a same-sex couple.

“It sounded like an excuse, like it had taken her a few hours to figure out a line where it would be legitimate to not accept us to the daycare. I was hurt. It really hurt me. I hugged my son the whole time, like I was speaking to his heart, and I was looking him in the eyes the whole time and I promised to defend him and protect him.”

The nursery. Which has not been named in reports, told Channel 12 that the management “deals with mothers” as the director “is an observant woman,” adding: “The daycare today has a couple of two mothers with an amazing baby.

“The manager did not give a negative answer and was responded to aggressively when she tried to explain the complex situation.”

However, Hila Peer, who heads LGBTQ rights organisation The Aguda, said the case was evidence of “discrimination” as the LGBTQ community “struggle for basic rights and equality”.

Israel’s High Court struck down a law blocking single men and gay couples from having children through surrogacy in Israel in February, with a new law set to be written in the coming year. 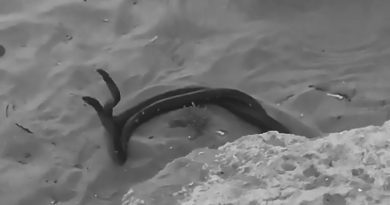 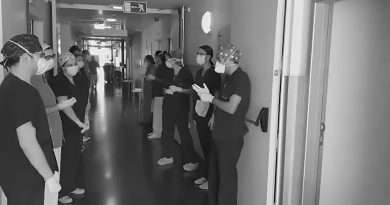 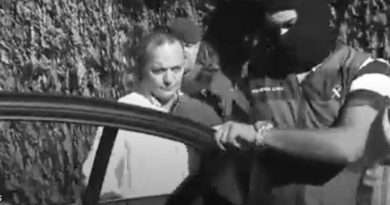