One of France’s leading health experts has vowed that the country will not see a “second wave” of COVID-19.

Professor Didier Raoult, one of the most mediatised doctors in France since the beginning of the health crisis, discussed the country’s current lockdown measures and the possibility of a second wave in a video broadcast by the Institut Hospitalo-Universitaire (IHU) Mediterranee in the city of Marseille, where he works.

According to Professor Raoult, the data so far suggests the virus spread has reached a “bell curve”, a typical epidemic cycle which rules out the prospect of a rebound.

Professor Raoult said: “The second wave story is a fantasy that was invented from the Spanish flu, which started in the summer and has nothing to do with it.

“Usually it (epidemic) happens in one curve. I hate to make predictions, but this way of constructing it is fairly common for epidemics.

“In the past, epidemics disappeared long before we had the means to contain them. They disappeared anyway. Humanity didn’t die from an epidemic, that’s the way it is. Epidemics start, accelerate, peak, disappear, and we don’t know why.”

Professor Raoult also gave his opinion on the confinement measures imposed by the government.

According to the health expert, the current date of 11th May to begin lifting strict lockdown measures is justified.

The doctor also advocates the results of a study carried out by Singaporean researchers which said that 97 percent of COVID-19 cases in France would have happened by around 7th May.

Raoult said: “The data provided by the president is not extravagant. 97 percent of the cases will have occurred around 7th May and 99 percent around 19th May.

“This is the time when we should be able to confine and isolate infected people, knowing that by then the virus transmission will have become much lower.”

In a previous video dated 14th April, Professor Raoult said that he believed the epidemic would end soon as it appeared to be “disappearing”.

The health department of Provence-Alpes-Cote d’Azur (ARS-PACA) responded by saying the prognosis was “completely premature”. 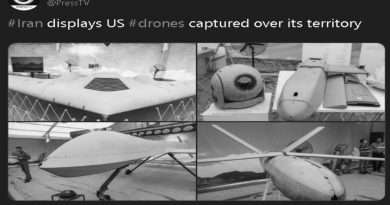 Iran Puts Downed British And US Drones On Display 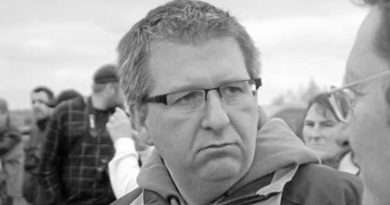