This is the moment a horse which had reportedly collapsed from exhaustion in the streets of Seville is pulled to its feet and its rider cheerfully rides it away despite criticism from onlookers.

The incident occurred in the city of Seville in the southern Spanish region when a horse which is used to pull citizens around the city in a cart reportedly collapsed from exhaustion in the summer heat.

In the video, onlookers and the coachman can be seen trying to help the horse to its feet. Local media report eyewitnesses saw after the horse collapsed, in an effort to stand up, slipped on the stone floor and hurt its mouth which made it start bleeding.

The horse eventually manages to get to its feet and the coachman celebrates, yelling: “A round of applause for her!”

An outraged onlooker yells “do you realise you are hurting her mouth!” as the coachman confidently sits on the horse. The man filming says “this is wrong man” at one point.

The rider is unperturbed by the criticism and rides the horse away on the cobblestones.

Netizens were outraged at the treatment of the horse, with ‘coquigili’ writing: “The impotence! This guy is such a son of a b*tch.! Till when!”.

And ‘LouDeFrogg’ wrote: “How f*cking shameful…”

While ‘josediego_jm’ added: “Can’t you take the licence from guys like this away?”

Local media report horses can be made to work 10 to 12 hours a day with no regulation in place to protect the horses in Seville.

Seville is one of the hottest places in Spain sometimes reaching temperatures over 40 degrees centigrade in the summer.

To find out more about the author, editor or agency that supplied this story – please click below.
Story By: Juan Mayes, Sub-Editor: Joseph Golder, Agency: Central European News 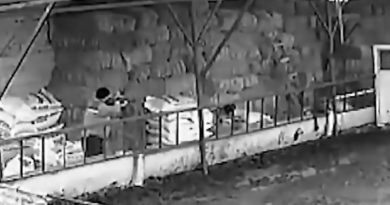 Council Worker Tranqs Dog To Crush It In Rubbish Cart 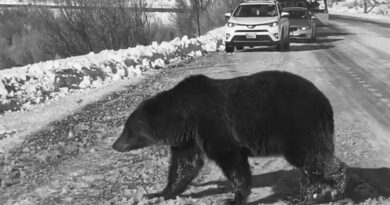 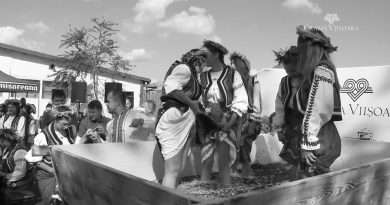