This stunning footage was filmed by a Norwegian drone expert who strives to showcase beauty spots in his home country in a unique and eye-catching way.

Haakon told Newsflash that he comes from the west coast of Norway, but moved around a lot between the north and south and currently lives in the south-western Norwegian city of Bergen.

He said his passion for filming began when he saw the Northern Lights while studying for his master’s degree in northern Norway.

“I bought my first DSLR camera, a Canon 1100D, to capture the Northern Lights. I looked all over Instagram and saw the beautiful pictures the camera took of the aurora.

“I told myself ‘one day I will take pictures of the same insane quality’. So I went on YouTube and got obsessed, trying to figure it all out. After a while, I got bored of just taking pictures so I wanted to learn how to do time lapses. I bought a Canon 80D and learned the skill. Then everything just went from there, I got more and more interested in videos.”

He added: “Once I realised the Canon 80D could not meet my quality standards, I upgraded to an A7III, and bought a slider to get some movement on the time lapses.

“In 2019, the evolution of FPV drones and the release of the DJI FPV video system came on the market and we started to see epic mountain surfing videos on YouTube.

“I got inspired again and I found a used drone bundle and tried to fly it but crashed a lot! So I started to train in the simulator and got better over time, but real flying was scary, even after many hours of simulator practise.

“I did not get much flight time in the first year because of technical problems, everything went wrong. I tried to fix it, but like with the cars, if you fix one thing there is always another straight after. So I kinda gave up in that period.

“However, I then decided to invest in the right gear and bought everything new. After that, I got a lot of practise hours with the drone. I tried shooting different scenarios and just throwing myself into situations, we learn from our mistakes, and with FPV drones you need to fail to succeed.”

Haakon told Newsflash: “ I have now reached a level where I feel I have full control and can manage a lot of situations, because I have gained the experience by doing and learning from others.

“I spent a whole year during my master’s degree wondering if I should go full time with it. After summer 2020, I decided it was the right choice.

“My favourite thing in the world is to fly my drone because it gives me an insane rush when visiting epic locations, because you never know what you encounter. It is like flying a fighter jet, you feel like you are sitting in the cockpit with the goggles on.

“I have spent two years practising the skill. It takes a lot of practise to manage the drone and years to be comfortable in any situation.”

He added: “The drones I use are not something you necessarily go and buy, but build from scratch from parts from different manufacturers. And then you need to programme the settings, tune the drone and such, to make it fly to the best of its ability.

“I am always trying to be creative, looking for symmetrical lines and to have some kind of object in focus. In nature, there are always lines to follow, but that is often not enough so I try to implement the tools I have available and use them to my advantage.

“I don’t use special effects often, but I have spent many hours learning about colour correction and colour grading to maximise the GoPro footage.

“It is now my main job, but because of the COVID-19 pandemic, I need to take on extra work in the summer because I am still in an early stage of going full time.”

Haakon told Newsflash: “I make my videos to inspire others and showcase beauty spots in a different light.” 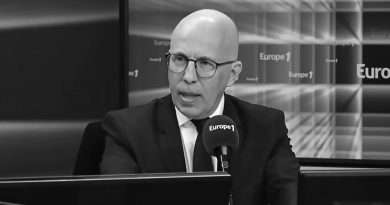 French MP: We Are Leaving Our Old People To Die 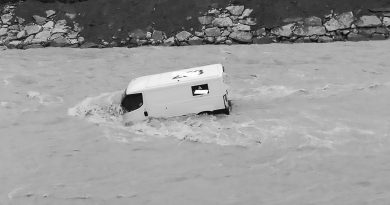 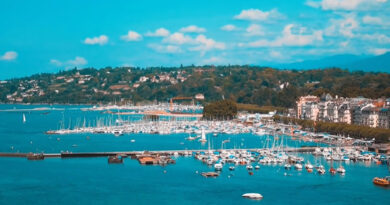