This is the young and pretty new face of modern French hunting and she says she loves the Las Vegas Shot Show and shooting grouse in Scotland.

Despite receiving dozens of death threats every day online over her love of hunting, Johanna Clermont has become somewhat of a phenomenon on social media and in the hunting world.

A bona fide huntress Diana for modern times, she now boasts over 300,000 followers online and after a lot of buzz about her in France last year, she now has followers all over the world.

She regularly posts stylish images of herself out hunting in fashionable gear and she told Real Press in an exclusive interview that she loves going to Las Vegas to attend the Shot Show, although this year she was unable to do so because of the coronavirus pandemic.

Johanna, 23, changed her last name when she set up all of her social media accounts, a move she confessed was very fortunate in hindsight due to all of the death threats that she receives on a daily basis.

She said that her favourite country to go hunting in is Scotland, stalking stag in the highlands and shooting geese in Orkney. She also likes shooting grouse.

The young Frenchwoman, who has a penchant for tweed, said that stalking stag in the Scottish highlands was a fascinating and challenging experience and that while the scenery was beautiful, saying it was “to die for”, she could have done without the rain.

She added on one recent trip it took her about two days to track down a stag that they eventually shot, and that involved about 10 hours of walking each day. She added that the hunt in Scotland was not without its challenges because a lack of tree cover made it hard to avoid being detected by her prey.

Johanna, who is currently studying law, said: “A few years ago I went to the Orkney Islands and I went for the barley, because the geese were eating all the barley, so I went to defend the whisky which needs the barley. So that was very very cool.”

Johanna tries to eat everything that she kills – apart from animals like foxes – and that when she has too much, she likes to share the meat with her friends and family. Her hunting philosophy is about “being outside in nature and staying close to what we really are inside”, and that being a good shot is key to being a good hunter, so as to avoid any needless suffering.

She also said that she skins her kills and that her mum and grandmother are teaching her to cook tasty meals. She said that all of this is “part of the journey” and that if you remove one of these aspects from hunting, then it is no longer hunting.

Speaking about the first time that she killed an animal, Johanna said: “It’s a very strong moment. I thought I was going to feel guilty but I didn’t feel guilty because I felt like it was something very natural.

“My first animal was a wild boar and it didn’t suffer, and when I saw it dead, I was like, ‘yes, OK, that’s the way life is and that’s the way nature goes’.”

Johanna, who said she now owns “quite a few!” guns, added: “It’s not a hard moment, it’s more of a moment when you think a lot about life.”

She also said that she had “thought a lot about what I did but it was not like sadness or something like that, it was a positive emotion. Like, if I want to eat meat, nowadays you can go to the shop and buy some pieces of meat and you do not know what is really in it.

“When you go hunting and you kill your own food, yes, there is a kind of pleasure that you feel.” She said that it was about being immersed in nature and being in control of where your food comes from, adding: “It’s natural, organic. And it tastes different!”

Discussing whether or not younger hunters are different to older generations, Johanna said that they are basically the same but the new generation is more comfortable sharing stories and images of their experiences online and communicating with other people.

She said: “I think the younger generation is more sensitive to communication and the image you spread on social media.” She added that people were more comfortable and less secretive about discussing their passion and that there are more women hunters nowadays too.

She confessed that while shotguns were always “fun”, she takes her performance as a hunter very seriously and therefore prefers to shoot with a “stalking rifle with a scope”.

Being a good shot, she said, is important for two key reasons. The first is to ensure that you avoid any needless suffering and kill the animal in one shot. But she also said it was important to her because, “just like in the business world”, women in the hunting world need to be better than their male counterparts to “get respect”.

She said that she had never encountered sexism or “machismo” from men in the hunting world, adding that people are “happy” when there is a woman in the group who knows how to hunt. But she did stress that “you have to be better when you are a woman, but that’s something that is true in business too” and in many other areas typically dominated by men.

Exuding a strong girl power aura, she added: “It’s challenging, because you have to be better than the men, but that’s cool, because you can do it!”

French media have made a lot about how glamorous and chic Johanna looks in all of her pictures, and she said that while hunting itself, to get food, was not necessarily glamorous, “’glamorous’ is an attitude.”

Asked what advice she had for people who were not hunters but who were interested in finding out more about it, Johanna, who is from the city of Perpignan in the south of France, said it was important to make friends who are hunters and join a community, because there is so much to take on board. Being part of a group is a great way to learn all the rules, she said.

As for her detractors, she said: “Don’t insult me!” She added: “If they don’t like hunting, they don’t go hunting. And that’s it, voila!” 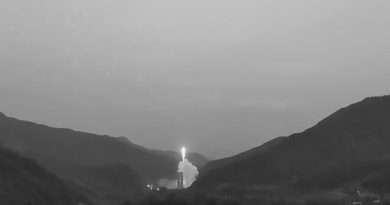 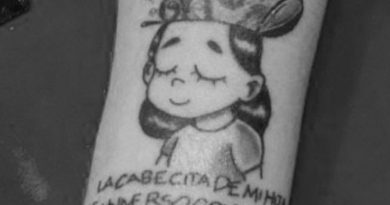 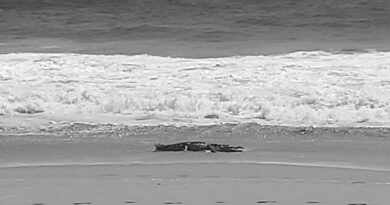