The loving owner of this female cat that lost all four paws to frostbite says she desperately misses her brave pet after it went to be fitted with a new bionic limb in another city at the same time as the lockdown came into effect.

Owner Nina Polosukhina, from the city of Novokuznetsk in the southern Russian region of Kemerovo Oblast, said that as a result of the separation, she had taken to communicating with her British Shorthair cat, named Dymka, through Skype.

Nina told Newsflash that the two videos were filmed in a veterinary clinic in the city of Novosibirsk when she took Dymka to have a prosthetic leg changed as the cat had worn out its previous one.

In the footage the cute cat, which also lost its ears and tail to frostbite, is seen grooming itself and even playing after having its new fake limb added.

According to Nina, she found Dymka, who is now two and a half years old, half-starved and freezing near her house in December 2018 when she was a tiny kitten.

She took the poor feline to a vet who had to amputate its frost-bitten paws, tail and ears.

Nina and the vet decided to give the kitten a chance at life and they took Dymka to a specialist centre in Novosibirsk where they fitted her with four prosthetic limbs made of titanium.

After a month of rehab, the cat was able to start moving around on its new four feet, according to its owner.

In March this year, Dymka needed to change one of its worn-out prosthetic limbs in Novosibirsk in the neighbouring region of Novosibirsk Oblast where it underwent a successful procedure.

However, the cat was unable to go home afterwards back to Novokuznetsk in Kemerovo Oblast due to the lockdown measures that came into effect at the same time, and Dymka has been stuck in the strange city since.

Nina told Newsflash that she can barely stand being away from her beloved cat and hopes the lockdown is lifted soon so they can be reunited. 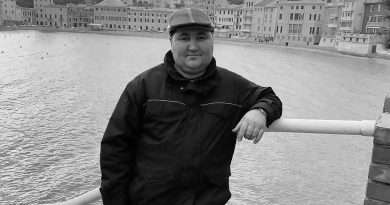 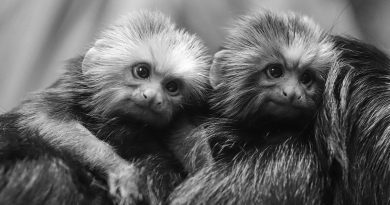 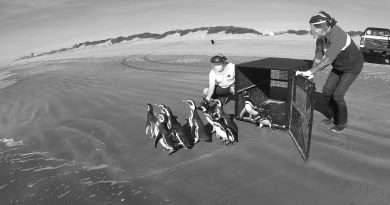